The machine
The largest of RAM Costruzioni’s excavators, the SK350NLC-10, is being used to load rocks from the car parking area into waiting trucks. The Generation 10 machine is built for working in tough conditions and benefits from reinforced attachments for additional durability. The machine’s narrow tracks – identified by ‘N’ in the model name – make it an ideal choice for Italy, as the reduced size complies with the country’s transportation regulations.
The SK350NLC-10 also offers increased power and greater fuel economy as well as exceptionally low emissions and reduced operating costs, while still delivering an increase in working performance. On this particular jobsite, RAM Costruzioni can expect to achieve up to 10% fuel reduction while operating in S-Mode.
The SK350NLC-10 is being assisted on the jobsite by a Kobelco SK140SRLC-5, which has a two-piece boom and is equipped with a hammer attachment. The machine is breaking up pieces of concrete from the jobsite so that the SK350NLC-10 can load the trucks. A crusher is not allowed on this site, so the rocks are broken up into as small pieces as possible by the SK140SRLC-5 and then are taken away for crushing. Once crushed, the aggregate is brought back to the jobsite and reused.

The operator
The SK350NLC-10 is being operated by 48-year-old Ignacio Molinarolo, who has been in the construction industry for more than 30 years and is the brother of RAM Costruzioni’s owner, Giuseppe.
“I like to operate heavy machinery. The Kobelco SK350NLC-10 is very easy to control and is really powerful. I am currently operating the machine in S-Mode, and the fuel economy is excellent. Stability of this machine is also really good – particularly when I’m working on uneven piles of rubble like these.” 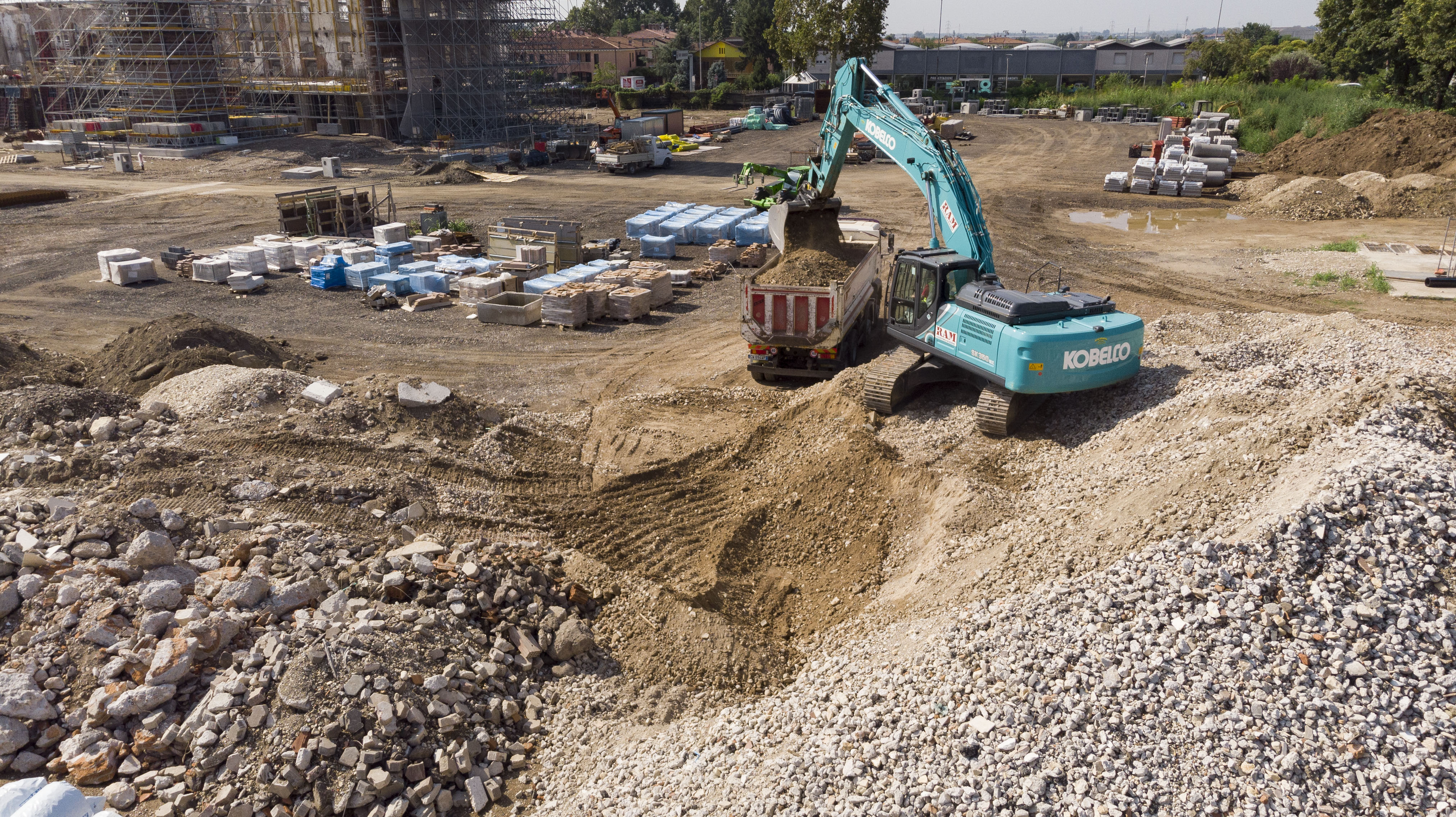 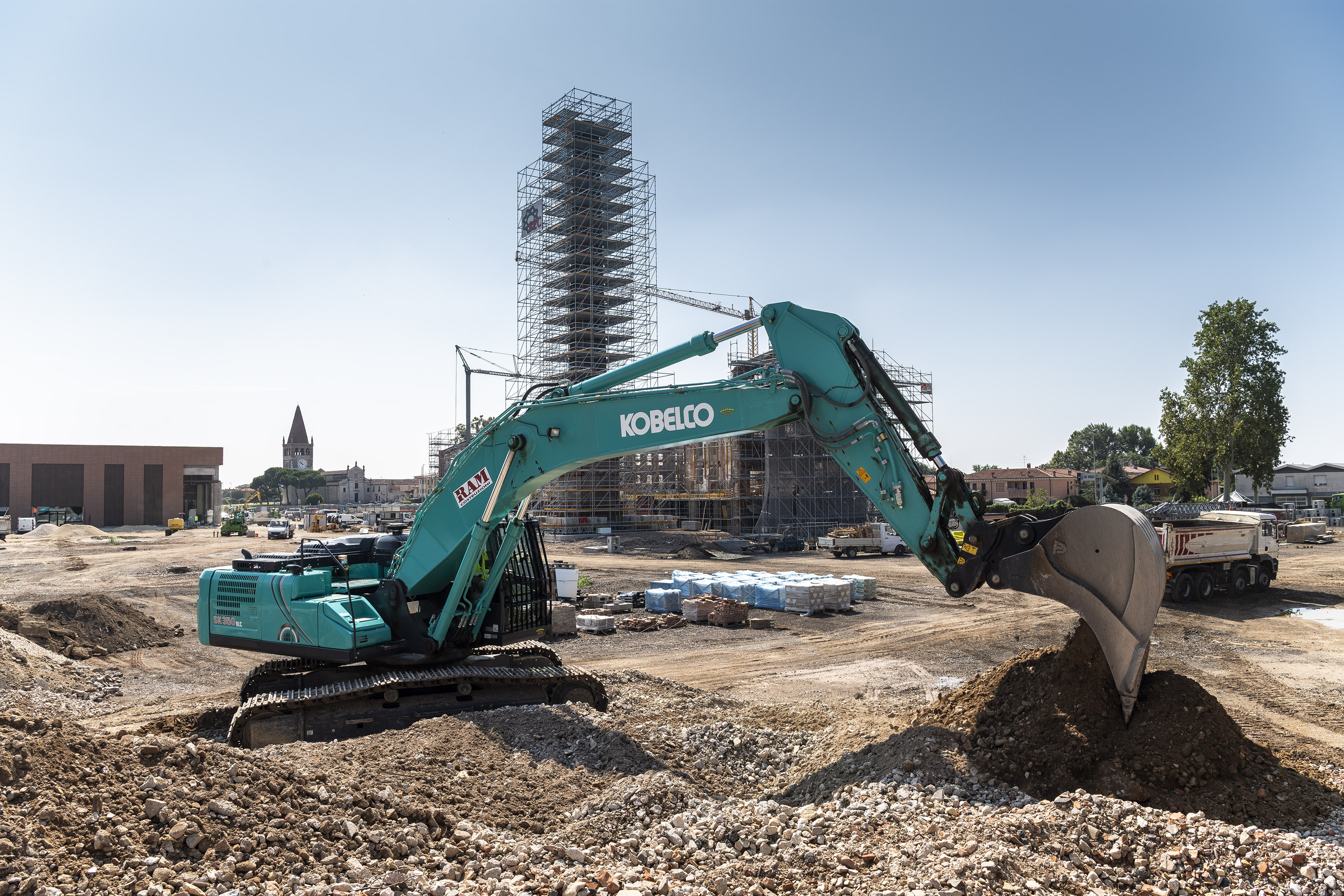 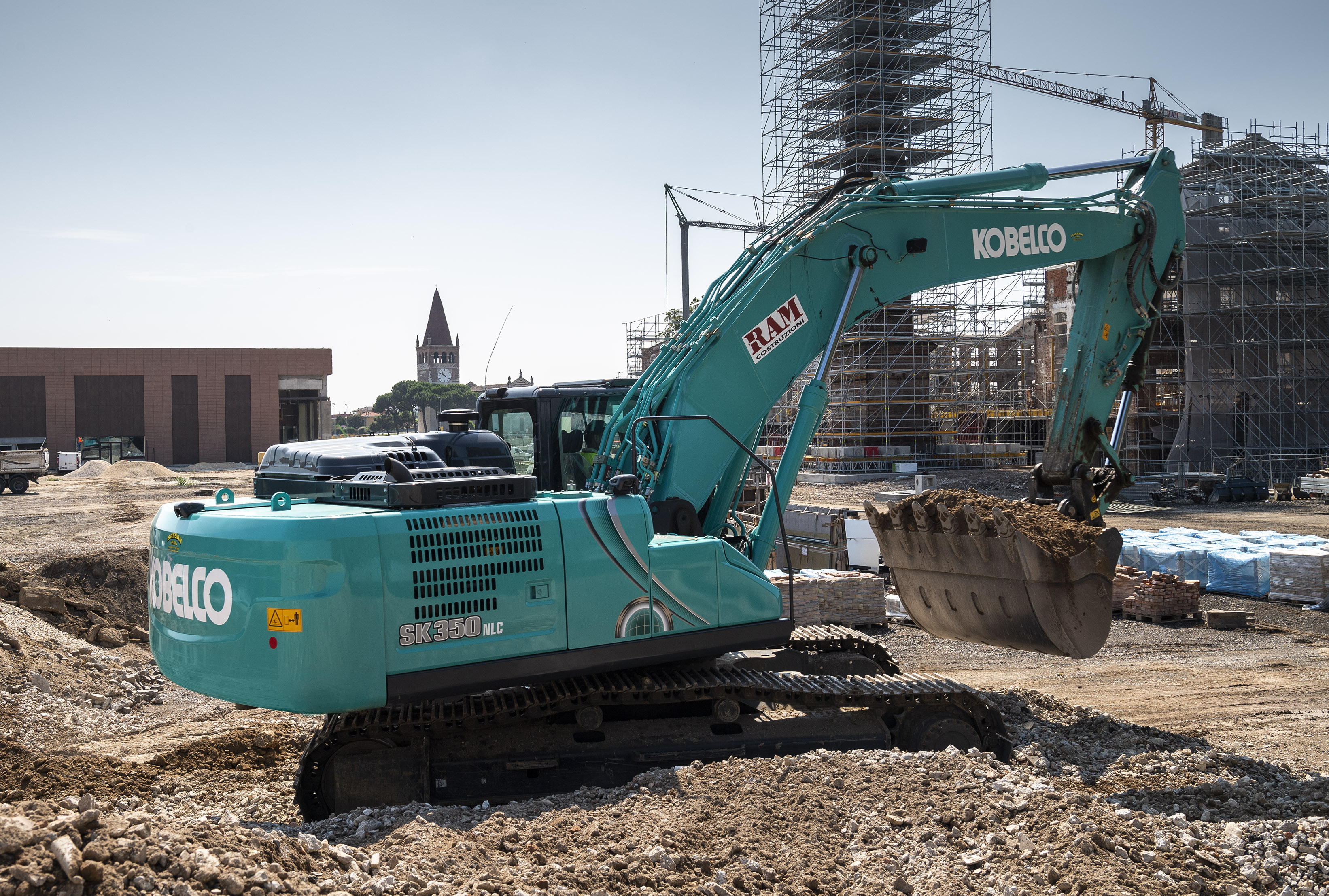 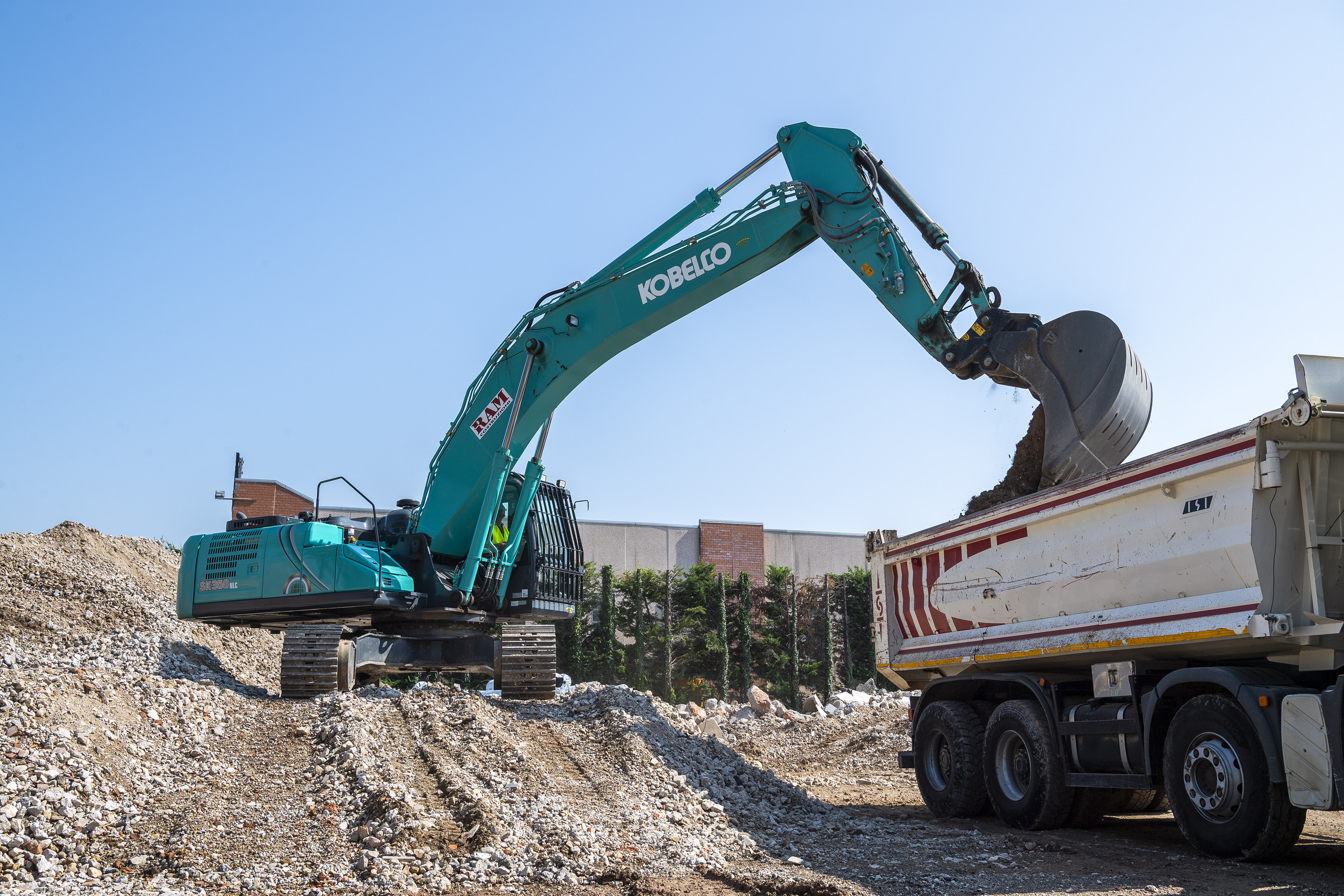 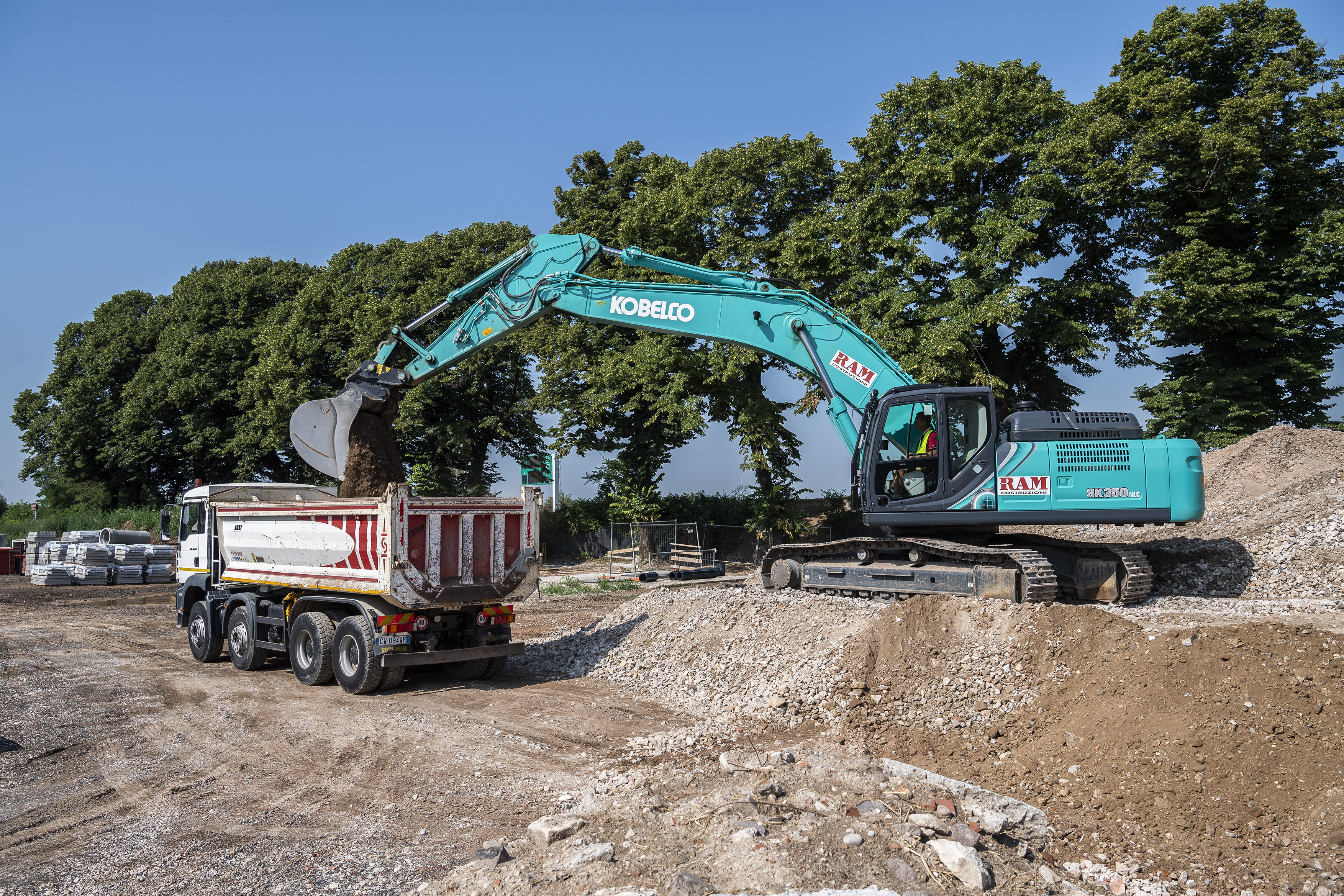 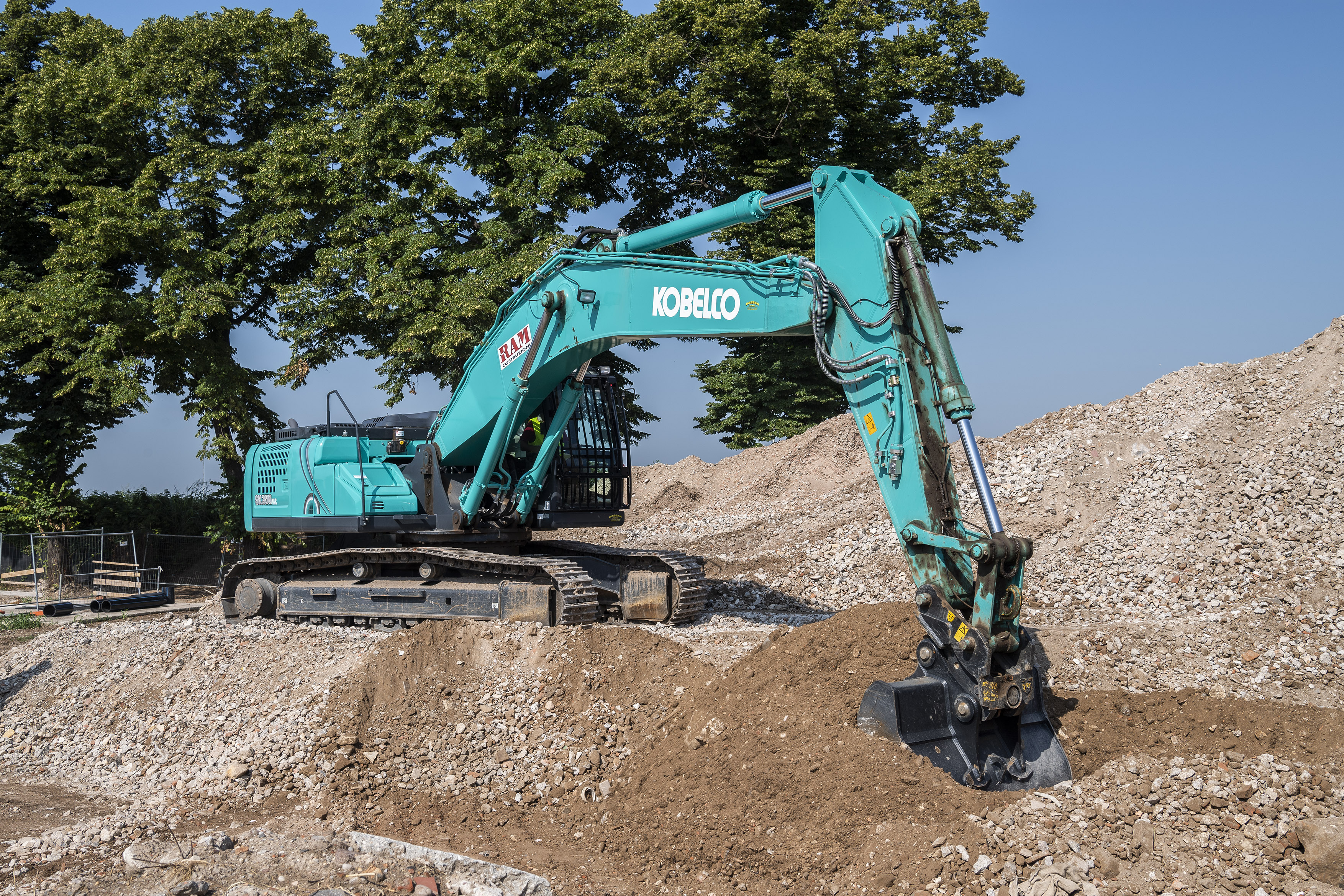 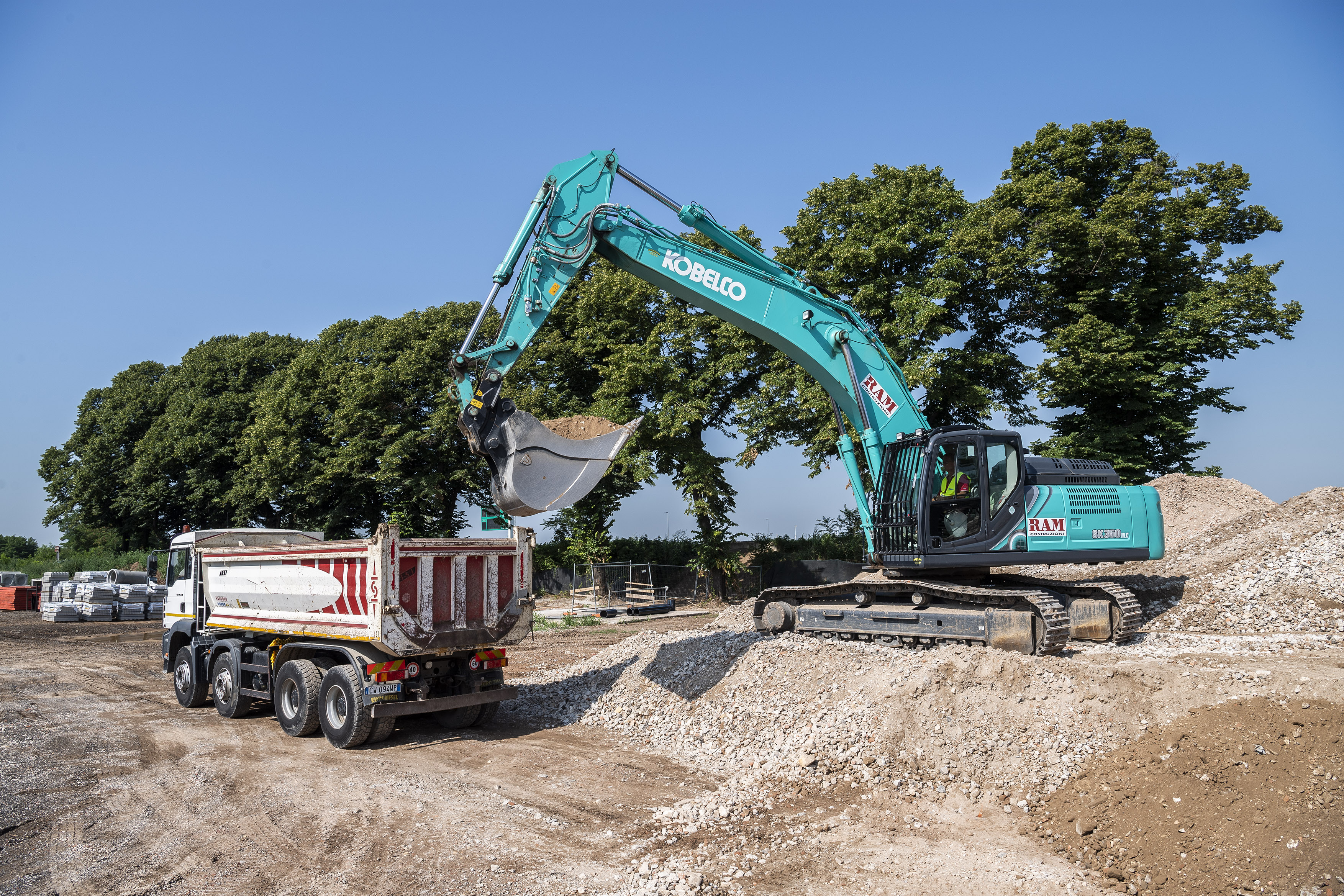