“I have not been operating the Kobelco SK500LC-10 for very long, but so far I’ve found it to be strong, reliable and very stable. This is really important when working in a quarry. Its fuel efficiency is also excellent.”

Located around two hours’ drive from Lyon, the beautiful and traditional town of Saint-Léon in Auvergne-Rhône-Alpes in central France is surrounded by lush greenery and vineyards aplenty. It’s fair to say that the region’s stunning chateaus, historic churches and characteristically French architecture provide a picture perfect backdrop so the last thing you’d expect to find hidden among the countryside is a 70-year-old stone quarry.

Viallet first began working in the quarry in the 1940s. The stone here is particularly hard and is good for making into concrete for road building. More than 150,000 tonnes of stone is extracted from this quarry each year and the company’s owner, Pierre Viallet, believes that they still have around 11 years left on site. The stone quarry in Saint-Léon is one of five quarries in the area the company is working in.

The Kobelco SK500LC-10 is the only excavator currently operating in the quarry at Saint-Léon but its striking green/blue colour is easy to spot against the grey stone walls. Viallet took delivery of the machine in April 2018 – it was bought as a replacement for an older Doosan 420 model – and it has already clocked up around 400 working hours.

The SK500LC-10 is Viallet’s first Kobelco and surprisingly, Pierre didn’t even test the machine before deciding to purchase! “I was already aware of Kobelco’s reputation for building high quality excavators,” he explains.

“The older excavator we were using was unreliable and we needed to invest in a newer, high quality and more reliable machine. We have always had excellent service from our dealer, Payant, and we trusted their recommendation of the Kobelco SK500LC-10. This machine is a little bit heavier than the previous model we were using, by around 10 tonnes, but with this comes a lot more stability too.”

This SK500LC-10 has a Mass Excavation (ME) specification which is designed specifically for quarrying applications. The machine has a shorter boom and arm and a larger bucket (shorter width, longer in length), which enables more precise operation when extracting the stone. “We chose the ME configuration as our long-term strategy for this machine is in quarrying,” continues Pierre. “However, on this site, the shorter boom sometimes makes it difficult for us to get close enough to the stone walls. A longer, or standard boom would have been useful for this site.”

Operator Pierre Maitre has been working in the construction industry for around 20 years. While he has operated many makes and models of excavator in the past, this is the first Kobelco he has worked with. He is currently using the machine to extract stone from the walls of the quarry. Positioned on a hill of gravel, he scrapes the bucket down the wall to loosen the material – despite the uneven terrain, the machine remains stable. Pierre then loads the material on to one of two dump trucks which then take it in turns to transport it to a crusher on the opposite side of the quarry. Such is the efficiency of the drivers who work on this site, Pierre is never waiting long for another dump truck to pick up the next load.

“I have not been operating the Kobelco SK500LC-10 for very long, but so far I’ve found it to be strong, reliable and very stable,” says Pierre. “This is really important when working in a quarry. Its fuel efficiency is also excellent.”

The reason for the SK500LC-10’s excellent fuel efficiency is partly down to the machine’s latest cooling system – an all-new hydraulically-driven twin fan engine cooling system that replaces the traditional fan belt design to reduce engine workload. This hydraulic version also prevents over-cooling by use of integrated sensors to reduce the speed of the twin-fan unit and as a result, the new system coupled with the arm interflow, promotes increase in fuel efficiency.

In addition, Pierre is using the Eco-mode setting because as the machine isn’t breaking ground, a heavier mode is not needed. The fuel savings for Viallet are clear to see. “The previous machine we had was using 40 litres of fuel per hour, whereas the Kobelco is only using 20-22 litres,” continues Pierre. “The machine works well in Eco-mode, but if we need to increase the amount of stone extracted, we’ll change to H-mode.

“I may have only been operating this machine for a few months, but already I think it is well worth the investment.” 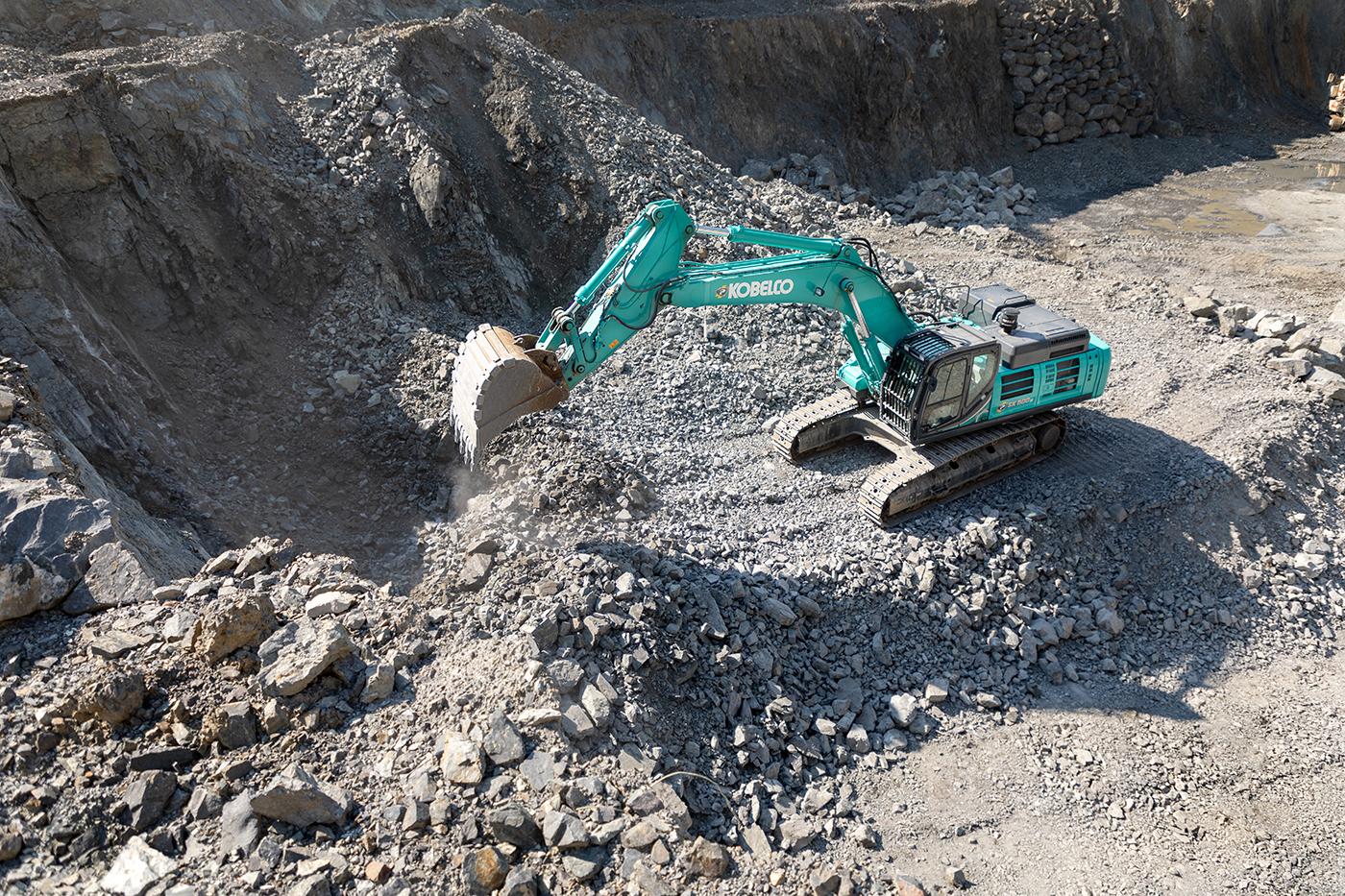 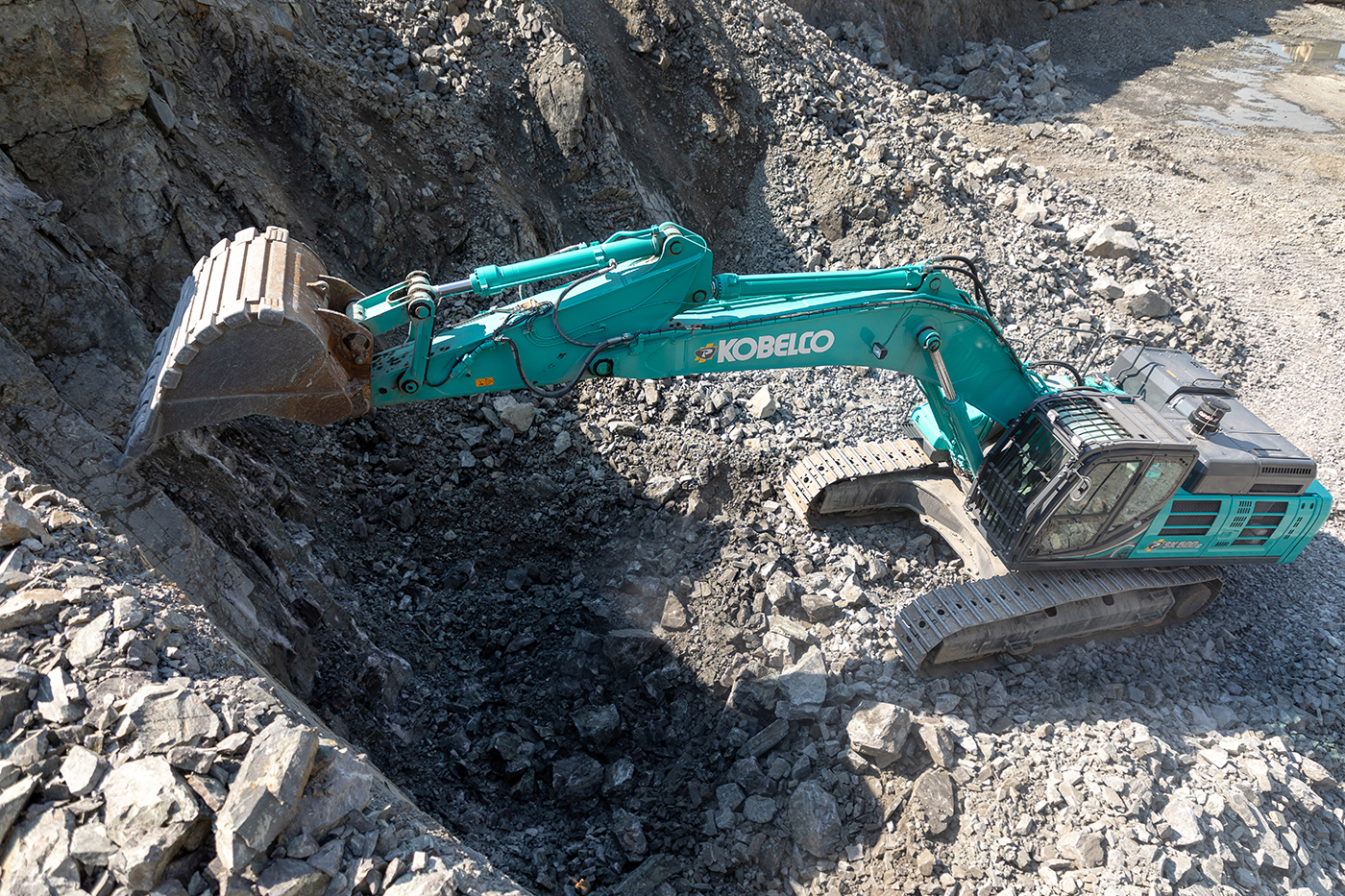 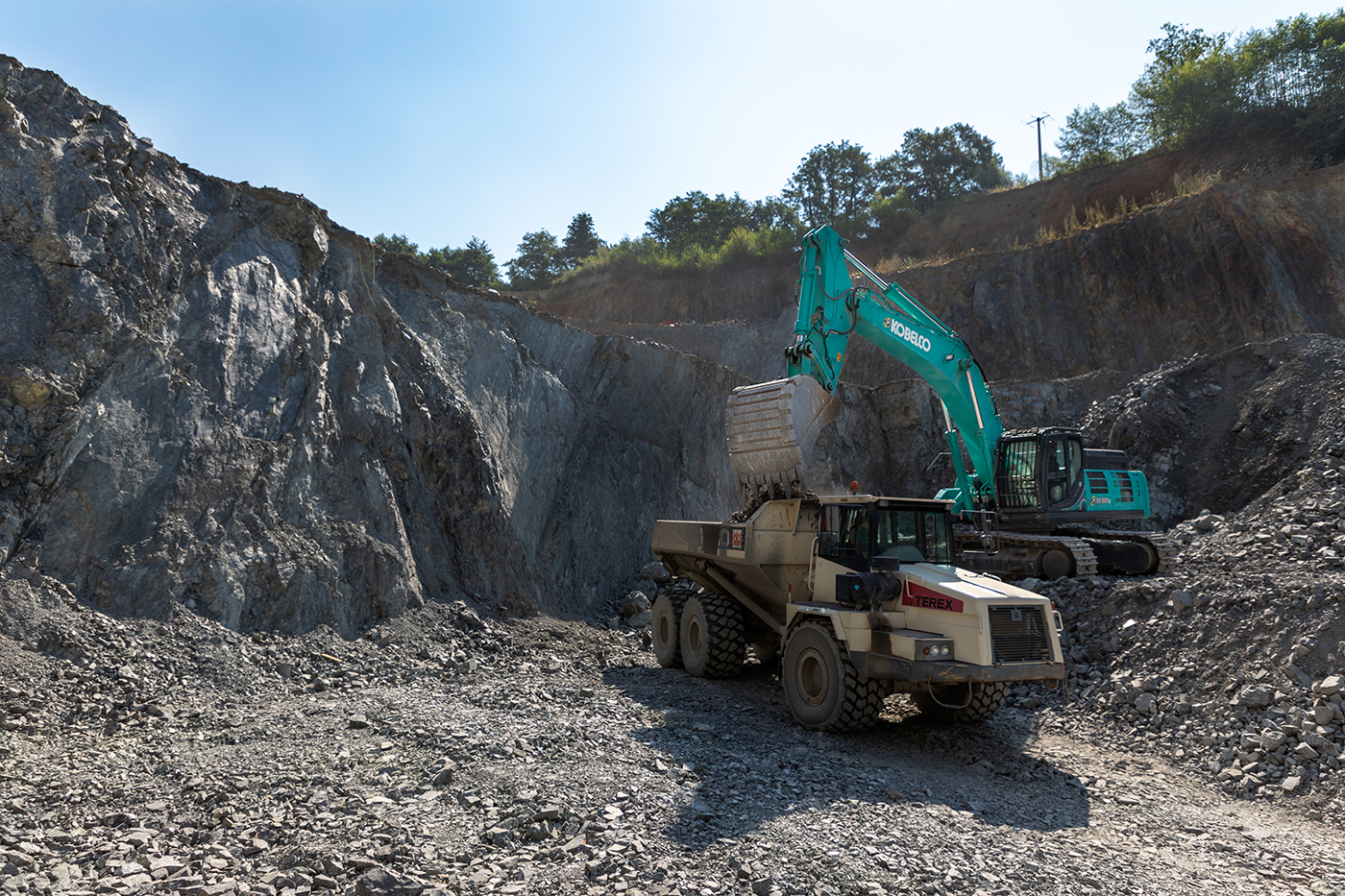 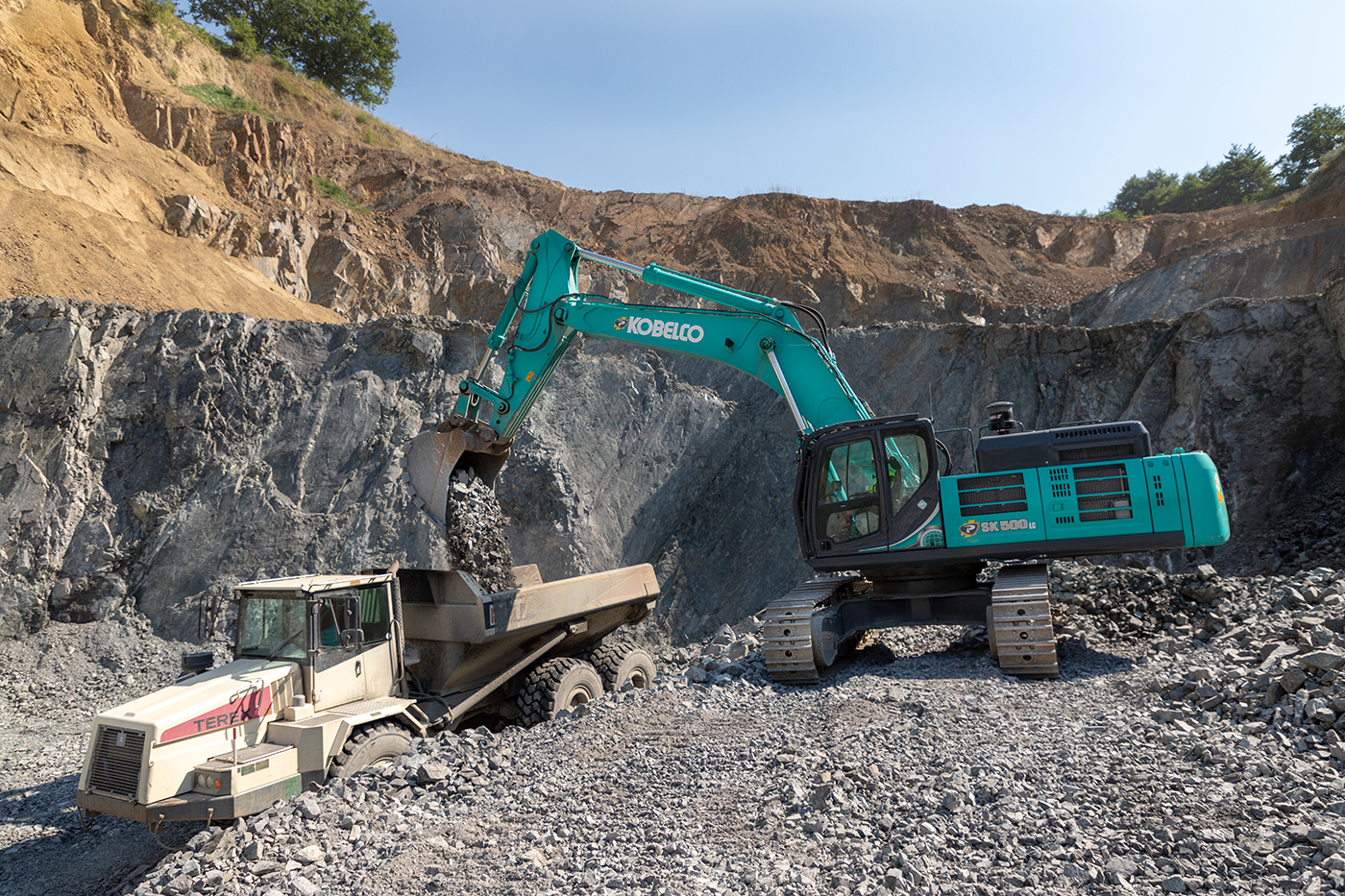 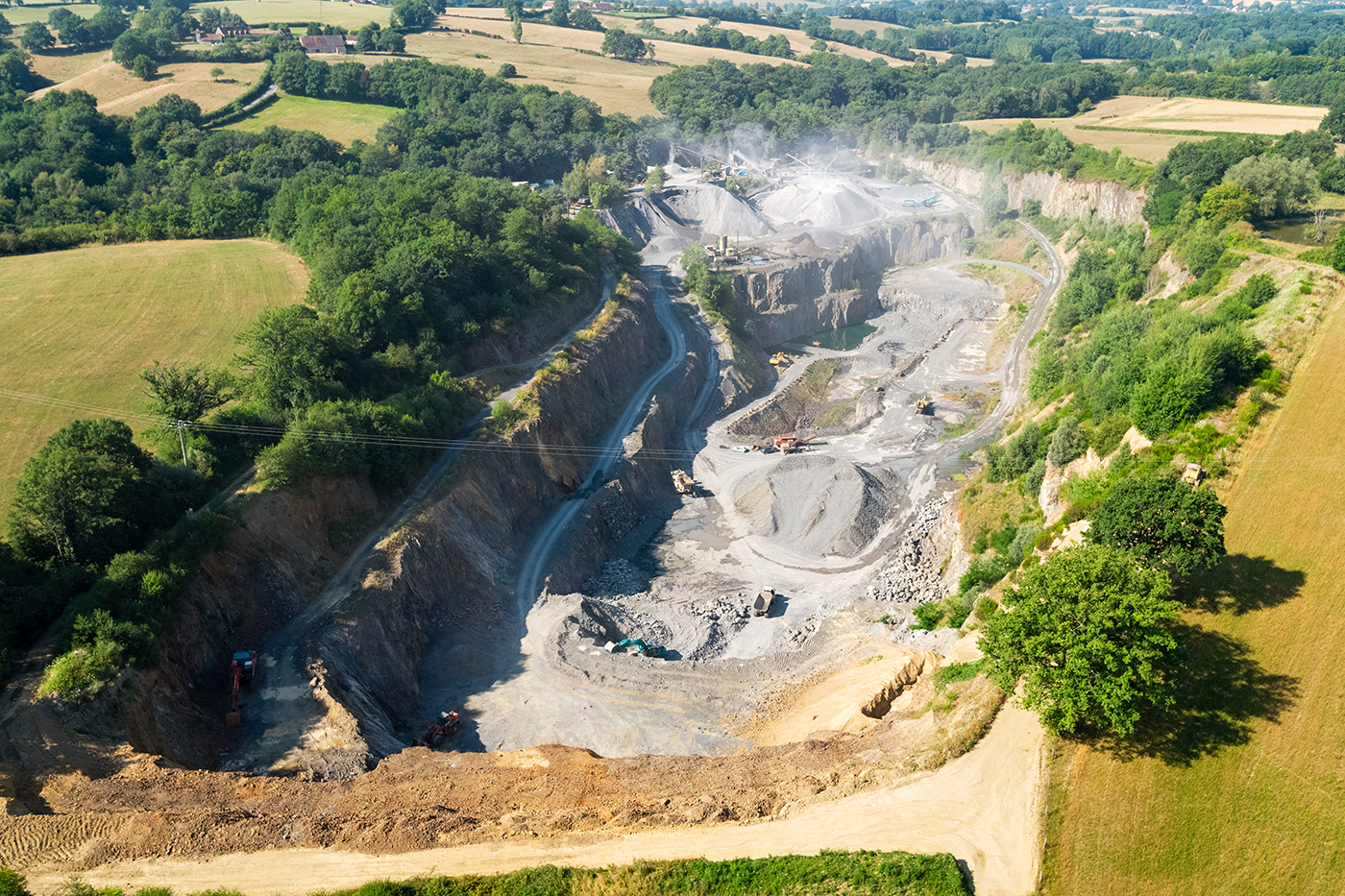 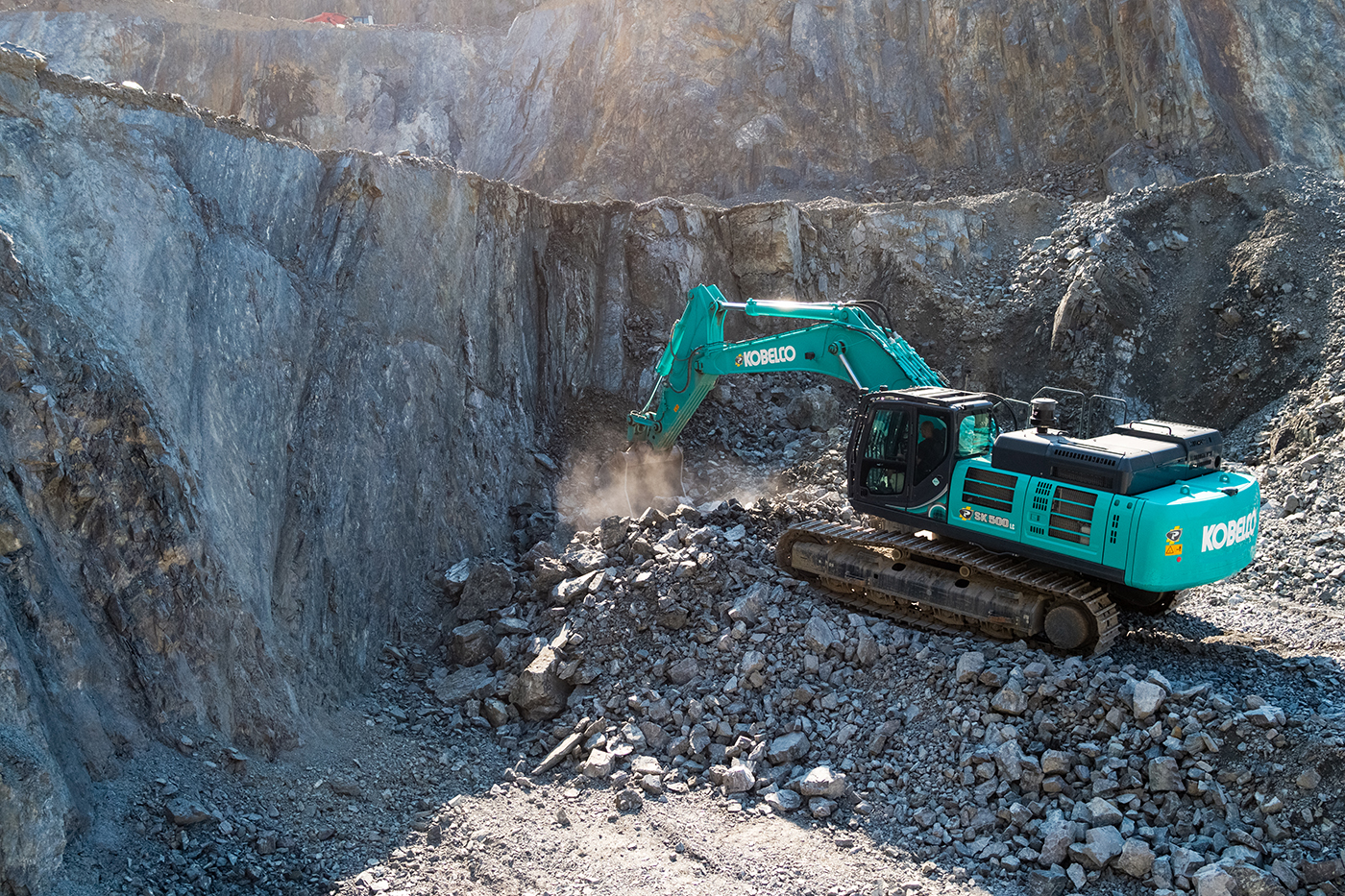 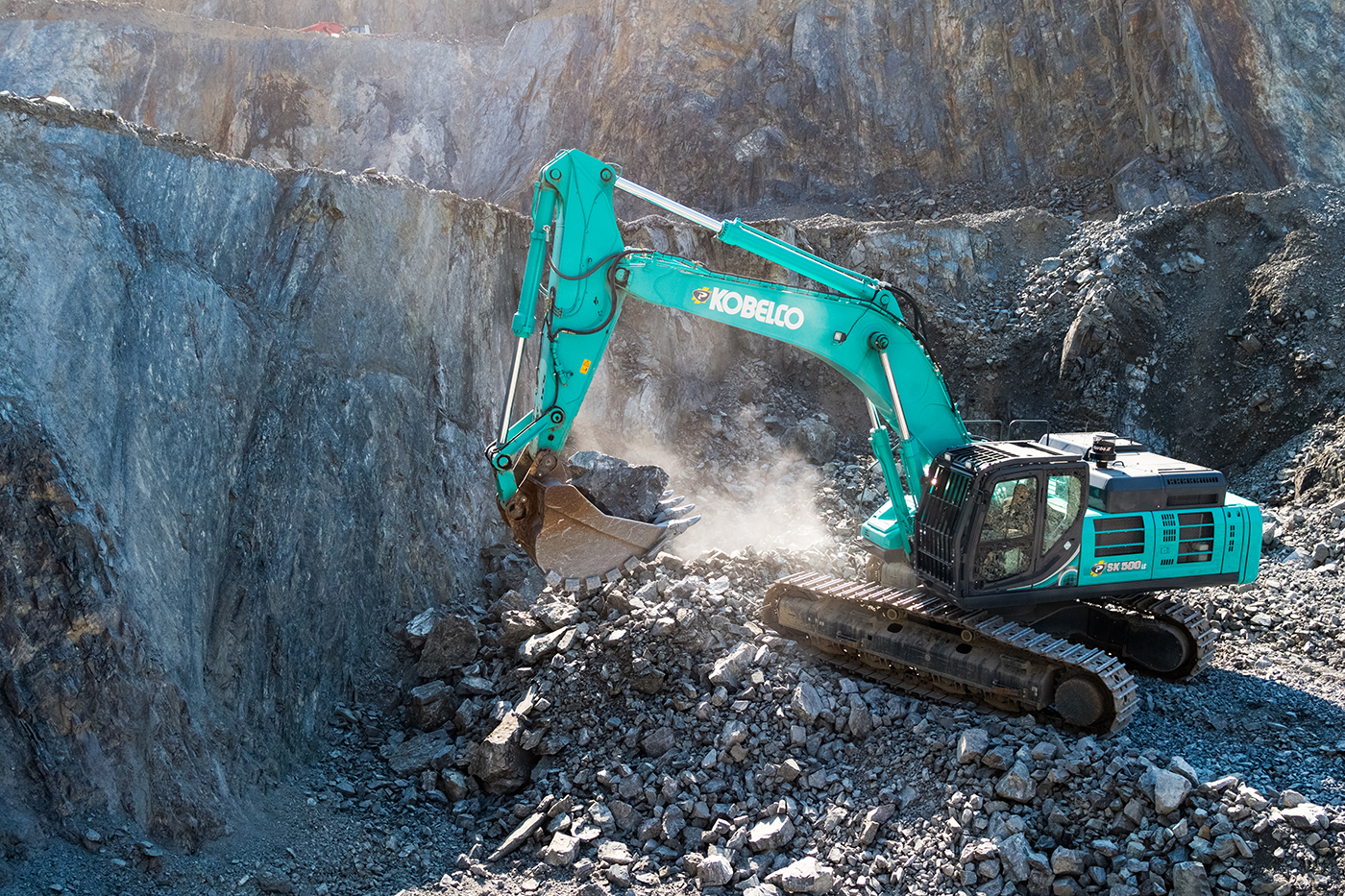