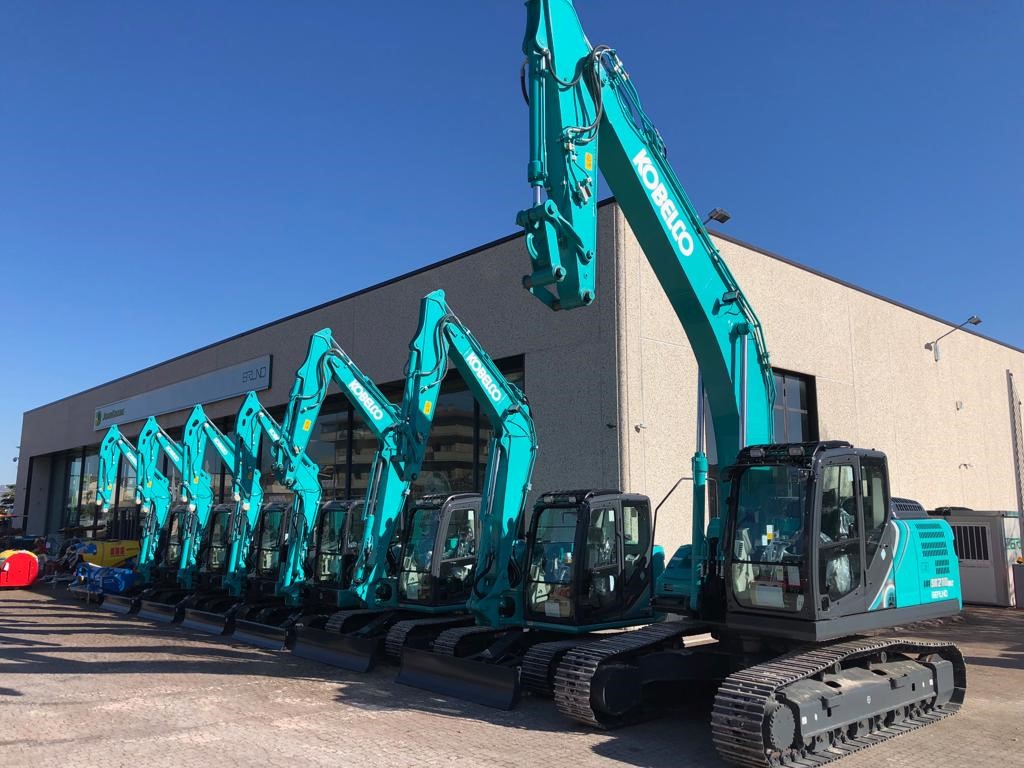 While 2020 has been no ordinary year, Kobelco Construction Machinery Europe B.V. (KCME) has worked hard to continue pursuing opportunities for growth in key European markets. With this in mind, the Japanese manufacturer is pleased to announce its expansion of operations in Italy, including the addition of a new dealer, EMAC, and the expansion of existing dealers into new regions.

Kobelco first entered Italy in 2016 as a result of increased demand for mini excavators and heavy machinery, and over the past four years, has grown its coverage across the whole of the mainland, and more recently, the surrounding islands of Sicily and Sardinia. Despite a difficult start to 2020 with the outbreak of the Covid-19 global pandemic, Italian operations have now stabilised and the Government’s focus is on rebuilding infrastructure as part of its recovery plan. As a result, the need for construction equipment in Italy has increased significantly, with a specific requirement for the construction of bridges and tunnels as well as maintenance of the country’s ports.

As we begin 2021, KCME considers Italy to be one of the most important markets for excavators alongside Germany, France and the UK. With a focus on high performance and productive machinery with low fuel consumption, Kobelco excavators are in high demand, and in particular, the demand for heavy machines, including demolition, is expected to grow. At the other end of the scale, Italy is a key market for Kobelco mini excavators, and in the mid-range, there is significant demand for the SK140SRLC-7 in north east Italy, where 35-40 units are expected to be working on jobsites by the end of June. The SK210SNLC-10E and SK240SN-10E also remain popular machines for the Alpine region due to their super-narrow undercarriages. 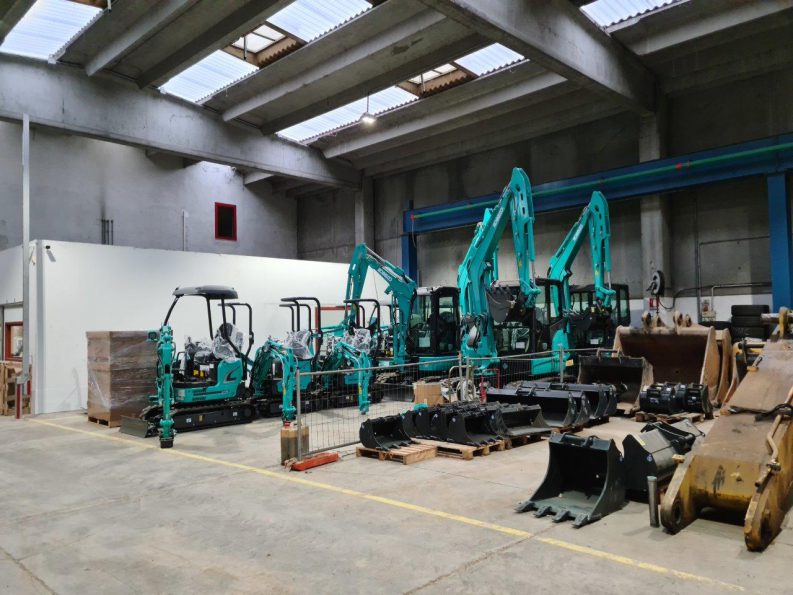 EMAC, a family-owned company established in the 1960s, covers the Lombardia region, particularly in the Bergamo and Brescia provinces. Specialising in all sizes of construction machinery, including demolition, they have recently sold a Kobelco SK550DLC-10, SK400DLC-10 and some other large excavators. 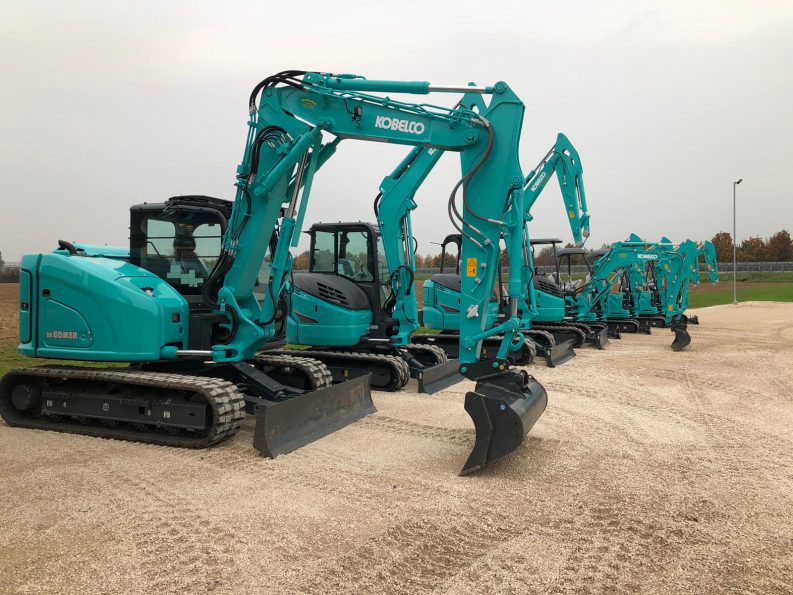 Sergio Bassan Srl is a family-run company based in north-east Italy and was one of Kobelco’s first authorised Italian dealers. Initially covering Verona, Venice, part of Emilia Romagna and part of Lombardy, the dealership has recently expanded to cover the province of Cagliari in Monastir, Sardinia, enabling it to be closer to its Kobelco customers on the island and strengthen its sales and aftersales service with a dedicated branch. Since its inception as a Kobelco dealer in 2016, Sergio Bassan SRL has enjoyed growth of around 20% each year and has carved itself a reputation for providing excellent customer service and aftersales support to its customers. 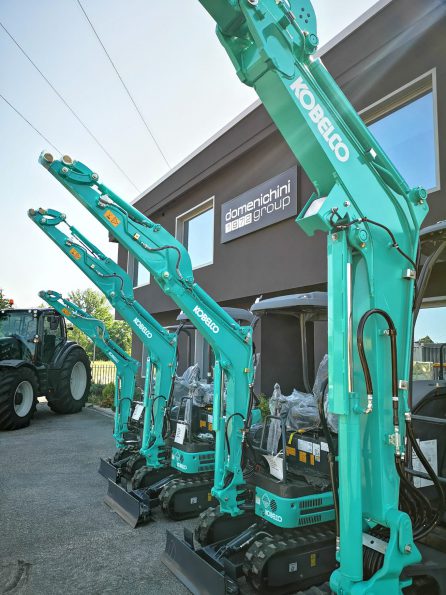 The Domenichini Group Srl initially covered Umbria but has recently expanded its operations into the Marche region. This development has enabled the company to offer more widespread coverage to its Kobelco customers, as well as a faster service. The Domenichini Group is also planning to expand its existing rental fleet to encompass more than 100 machines including excavators, loaders, skid steers, dozers, telescopic handlers and aerial platforms.

Additional updates to the Italian dealer network include the recruitment of two additional dealers to cover Kobelco’s interests in Sicily. FTS specialises in the sale and service of mini and heavy excavators, while Yamoter specialises in heavy machinery. And, following its recent territory extension into Calabria and Puglia regions, Bruno Gruppo has now become the largest official Kobelco dealer in Italy, covering 16 of the country’s southern provinces.

In light of its significant operational expansion across Italy, KCME has further invested in its Italian field team, including the appointment of a new Regional Sales and Marketing Manager, Christian Costantini. Based in Perugia, Christian joined KCME in June having previously worked for a competitor construction machinery brand for over 10 years. Despite the travel restrictions imposed by Covid-19, Christian has already managed to get to know all the Italian network.

“Italy is an important – and growing – market for Kobelco and so I’ve been on a steep learning curve over the past seven months,” he explains. “We currently have ten dealers across Italy and I am already beginning to understand the differences between them and what their individual strengths are.”

“Kobelco’s extensive excavator line-up is ideal for Italy as we cover everything from the smallest minis for residential and infrastructure work, to the largest machines for demolition and construction,” adds KCME Business Manager for Italy, Marco Ferroni. “While mini and midi machines were in demand in the first half of 2020, we believe that the future focus will be on some of these larger machines, led by some of our new and largest dealers.”