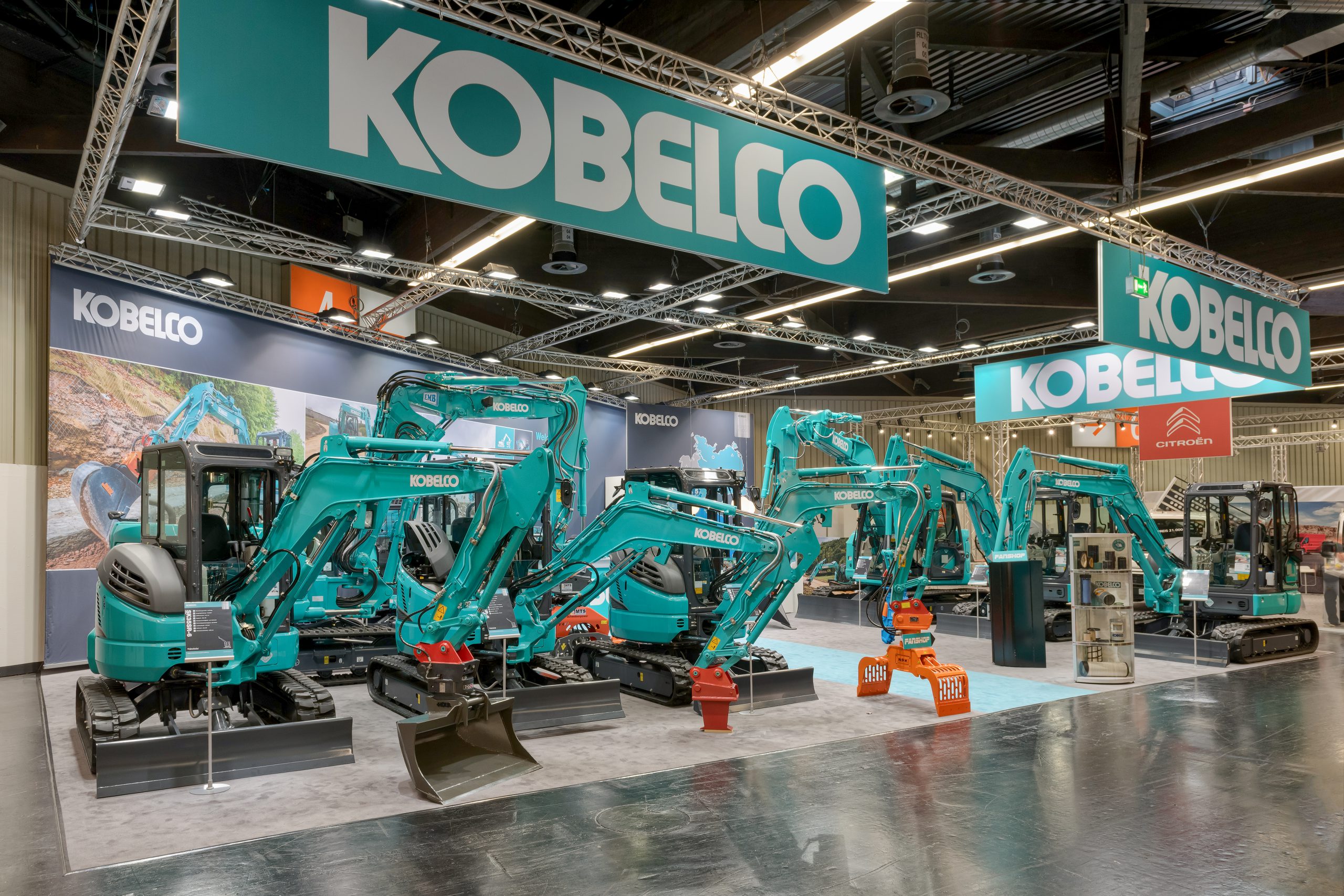 Kobelco Construction Machinery Europe B.V. (KCME) is pleased to reaffirm its commitment to the Spanish market by attending the forthcoming SMOPYC exhibition in Zaragoza, Spain on 17-20 November. Following a period of growth across its Spanish dealer network, KCME was set to attend SMOPYC in April 2020, however, the event was postponed due to the COVID-19 pandemic. As travel and other restrictions have now eased across Europe, KCME is keen to meet its new Spanish customers and prospective dealers on the ground, who will help to galvanise its coverage of both Spain and Portugal.

This will be the first time KCME has exhibited at SMOPYC, which takes place at Feria Zaragoza, located around three hours west of Barcelona. The event is the ideal platform for manufacturers and brands in the construction, mining and public works sectors to showcase their machinery, equipment and innovations. The last SMOPYC event, which took place in 2017, attracted almost 900 exhibitors and more than 55,000 visitors from 50 countries.

Kobelco boasts an extensive range of high-performance excavators from 1t to 90t including its smallest SK08 and SK10SR minis and short radius machines for compact job sites, to its heaviest SK850LC-10 model for larger jobsites and quarries. Over the past 18 months, the manufacturer has also launched a number of new machines in Europe, including a new SK350(N)LC-11 and SK500/SK530LC-11, which are also used in quarry construction, as well as a mid-range SK210(N)LC-11 and Kobelco’s heaviest Short Radius machine, the SK380SRLC.

Visitors to KCME’s stand at SMOPYC ((Hall 8 C-D/1-8) can expect to see a number of Kobelco’s new and already established Short Radius machines.

The Kobelco SK85MSR-7 was launched in 2019 and offers superior performance and productivity as well as one of the most sophisticated operator cabins in class. Several years of research and development, including valuable feedback from the European market on the previous SK85MSR-3 model, led to a number of significant improvements in the new model, including an increase in distance between the upper structure and undercarriage in order to reduce damage by rocks, and the machines’ blade geometry has been improved, making it easier for operation in mountainous areas.

Visitors to the KCME stand at SMOPYC can also see the SK28SR and SK35SR mini excavators, which are ideal for landscaping and smaller construction projects, or for providing a support role to heavier machines on larger jobsites.

KCME Managing Director, Makoto Kato, said: “We were disappointed to miss SMOPYC in 2020, but were keen to commit to the rescheduled event in November as Spain and Portugal are important emerging markets for us. We’re particularly looking forward to meeting some of our new customers, learning more about their specific requirements and meeting with potential new dealers who can help us to improve our coverage across these regions. However, importantly, Kobelco has also significantly increased its product range over the past 18 months, and we’re keen to introduce some of these new machines to the Spanish market for the first time.”

Please visit www.kobelco-europe.com for more information about Kobelco’s full excavator range and to keep up with the latest SMOPYC event news.