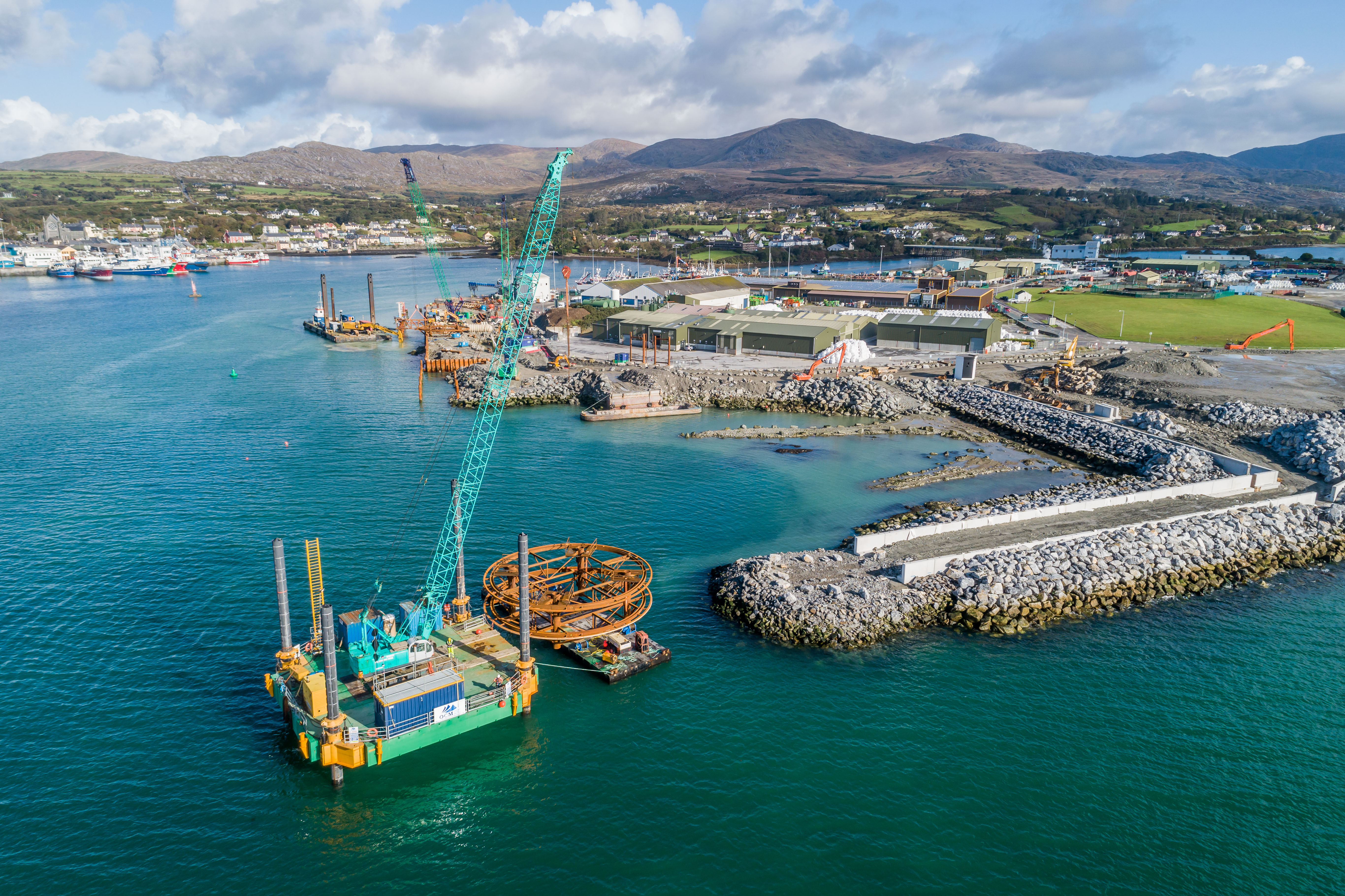 The 65-tonne capacity BM700, which has over 20,000 hours on the clock, is working alongside Keating Construction’s own 100-tonne capacity CKE1100G to install 44, 900 mm diameter piles, weighing between 10 and 12 tonnes, at Castletownbere for Ireland’s Department of Agriculture, Food and the Marine.
Working on a jack-up barge, theBM700 is fitted with a 42.7m jib and 23.6 tonnes of counterweight. Duties include lifting reinforced circular piling frames onto a floating barge and pitching of 21m-long AS 500 straight web sheet piles, which form a closed cylindrical structure to retain a soil fill. A total of 108 sheet piles make up the cell cofferdam at the end of the harbour’s breakwaters, with a total of four cells to be constructed.

To drive the sheet piles into the rock, the BM700 is using an ICE 1423C vibrating piling hammer, which has a head weight of 4.5 tonnes at a radius of 17m. Once the cell is complete the BM700 removes the inner cell frame in four sections, with each section weighing approximately 9 tonnes.

Keating Construction’s CKE1100 has been fitted with a 42.7m jib and 34.6 tonnes of counterweight for the project. Duties at the site include lifting precast concrete elements, which can weigh up to 15.5 tonnes, off-loading/loading of 20m-long, tubular and sheet piles weighing up to 11.5 tonnes, driving of tubular piles using a 14.5 tonne BSP CX85 piling hammer.

Other duties include servicing a pile top drill rig, drilling 4m into the rock head, and lifting concrete elements, formwork and rebar.