“The SK55SRX-6 is very easy to operate and is very quiet.”

The machine
The SK55SRX-6 mini excavator is working at the other end of the parking area to spread small rocks and level the ground. This particular machine is a canopy version and has a special wider bucket for finishing.

The SK55SRX-6 is renowned for delivering high performance with exceptional fuel economy. Powered by a Yanmar engine, the machine can achieve a significant reduction of 23% in fuel consumption while working in S-mode. The machine also incorporates many of the same technologies as Kobelco’s heavier machines, for example, innovative iNDr technology. The iNDr air filter eliminates dust inside the engine compartment, making day-to-day servicing easy and clean. iNDr also minimises noise output, which is very important when working on residential job sites. The SK55SRX-6 was also a particularly good choice for this project as the position of the machine’s cylinder enables it to get closer to the trucks for loading.

The operator
Operating the SK55SRX-6 is 50-year-old Rodolfo Tirapelle. He’s been working in construction since he was five years old and is particularly pleased with the quietness of the Kobelco mini excavator.

“This is the first Kobelco I have operated, but I am very impressed! The SK55SRX-6 is very easy to operate and is very quiet. Although this machine is a canopy version and the site is very dusty, I don’t have any problems with dust while I’m operating the SK55SRX-6.” 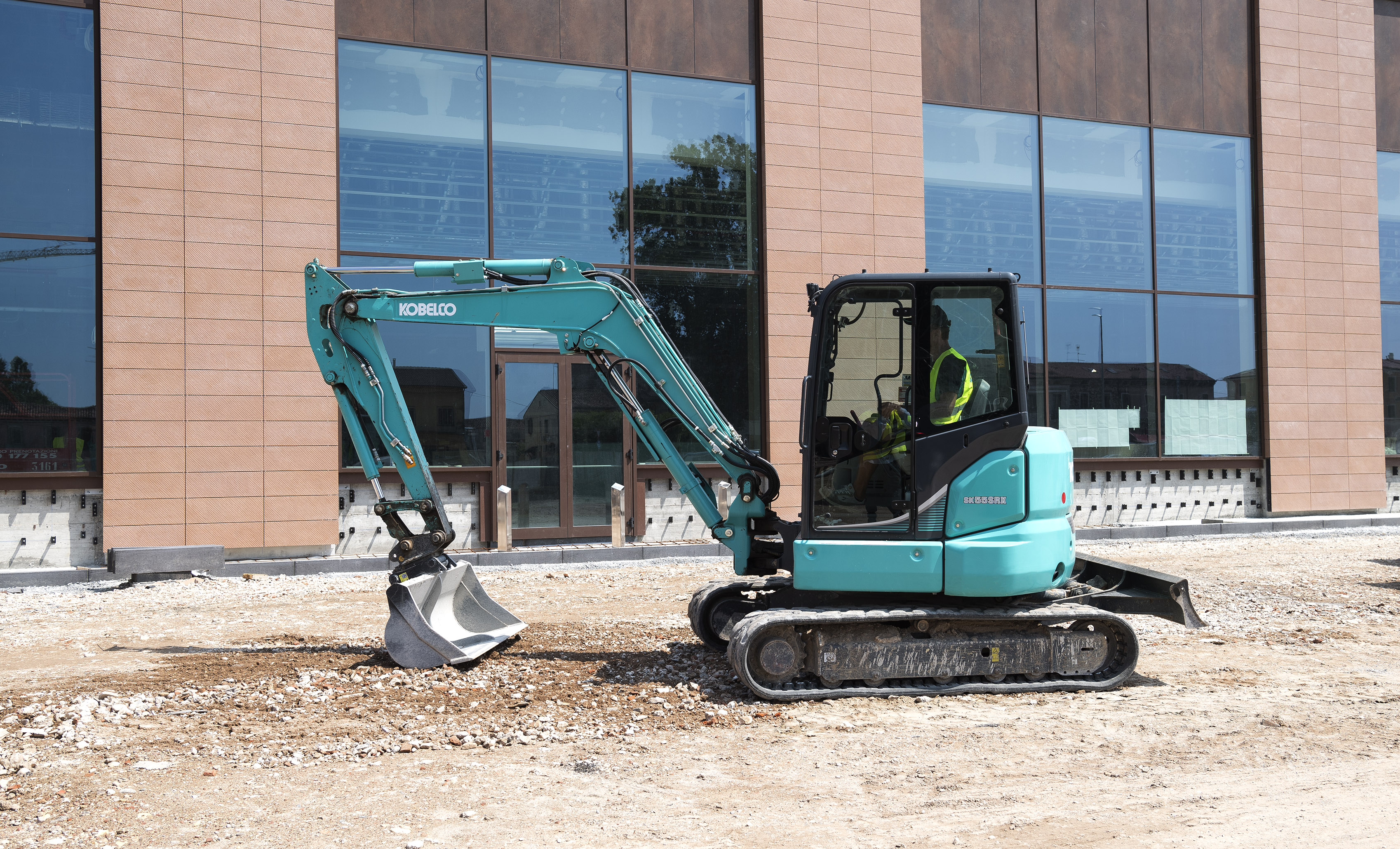 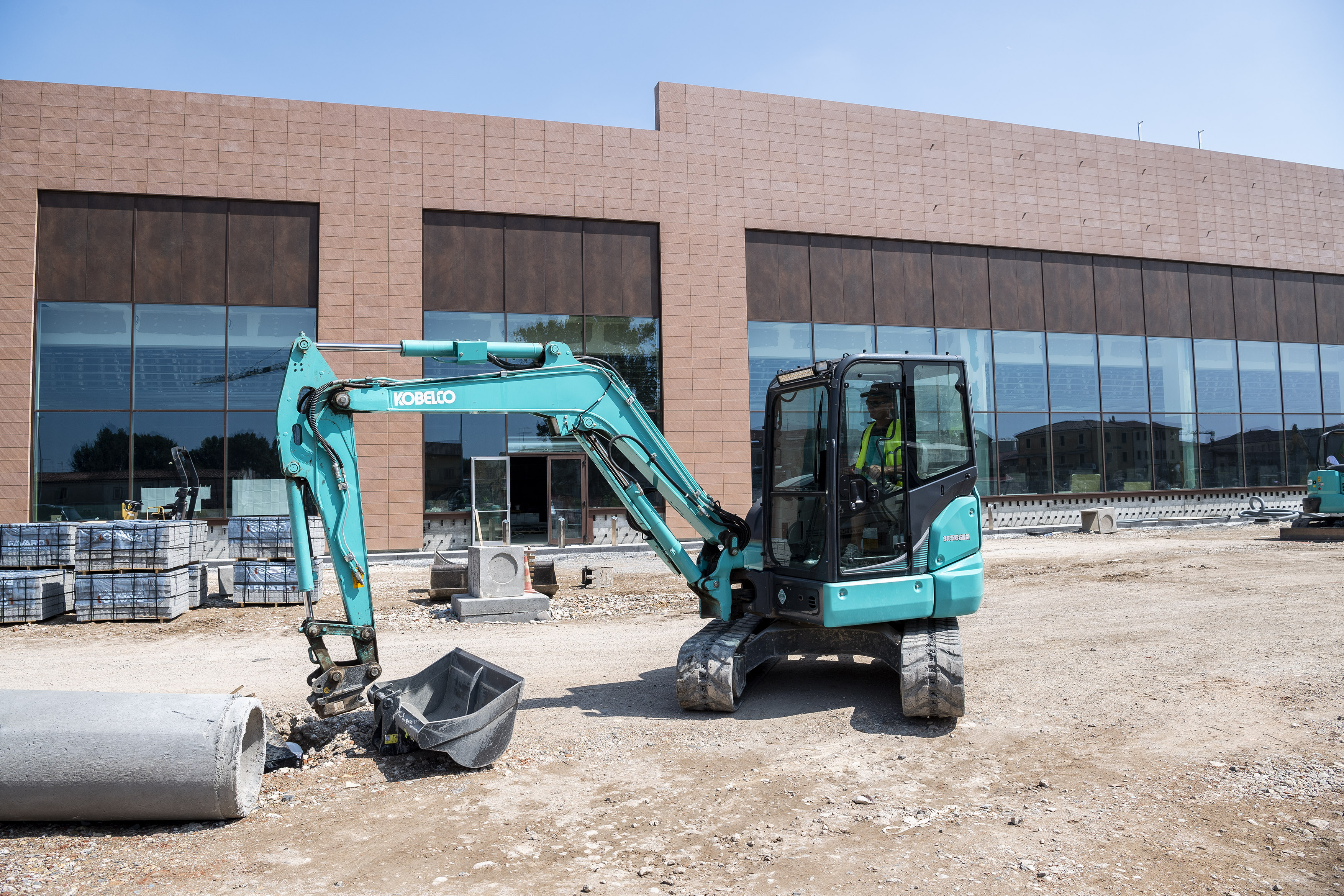 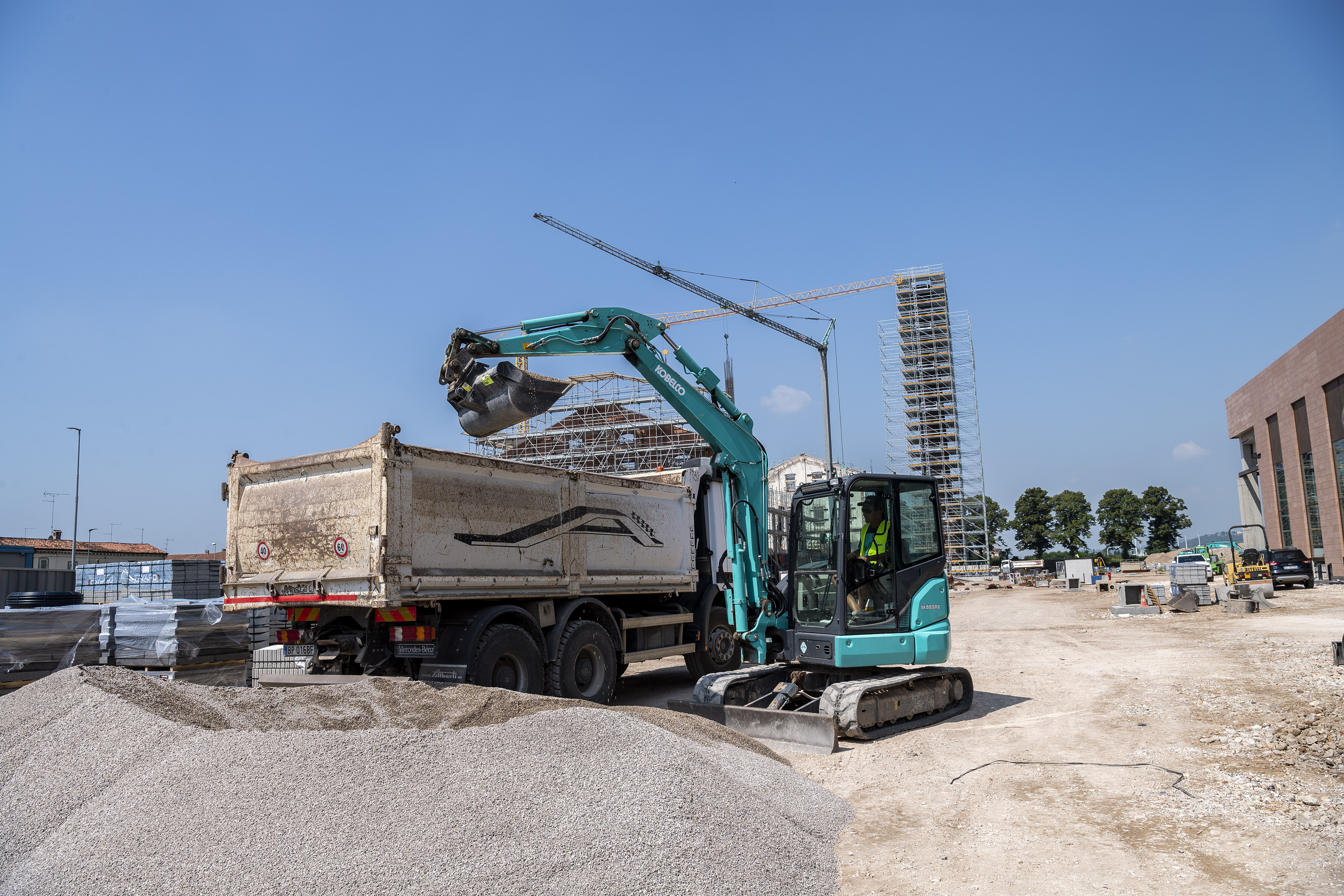 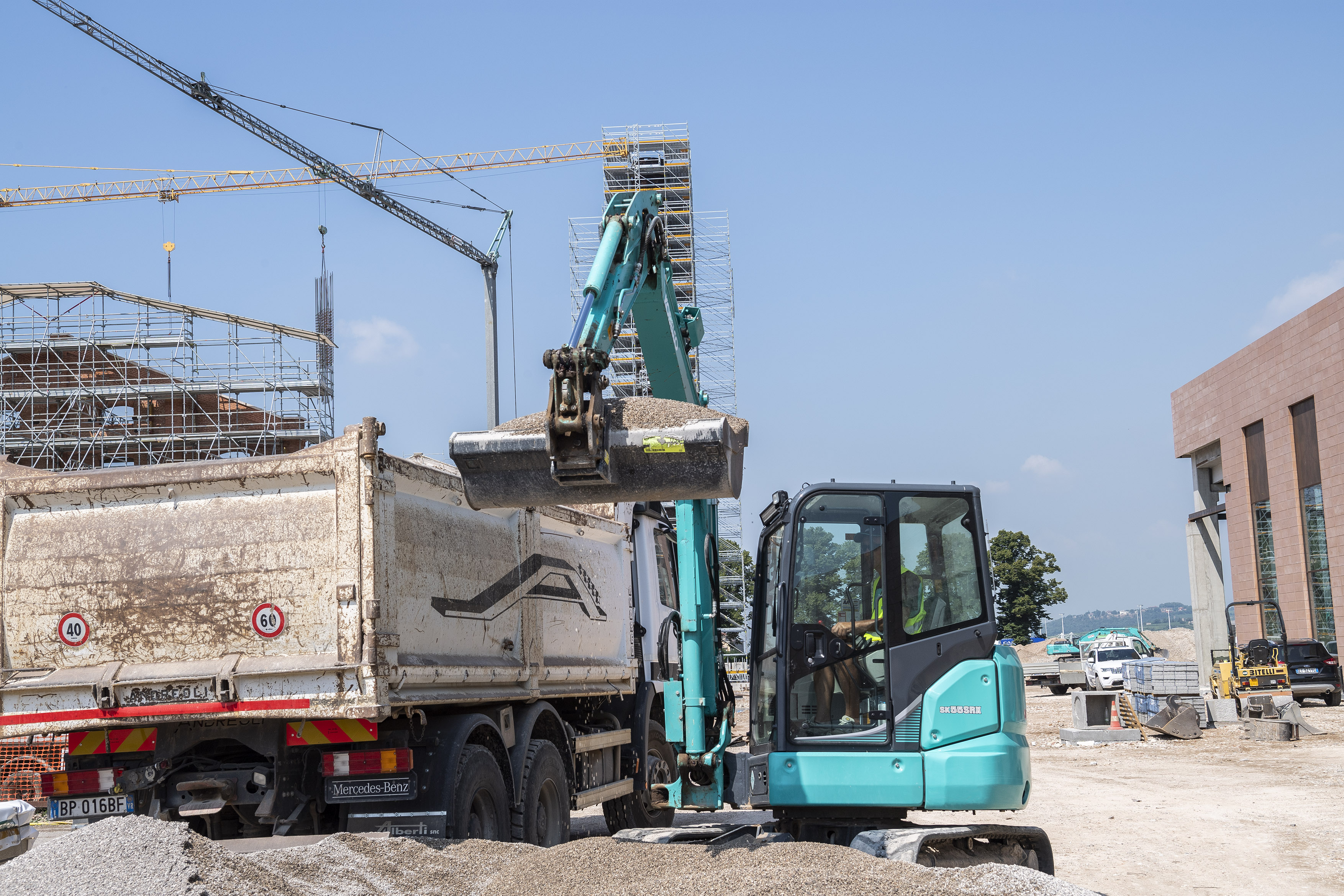 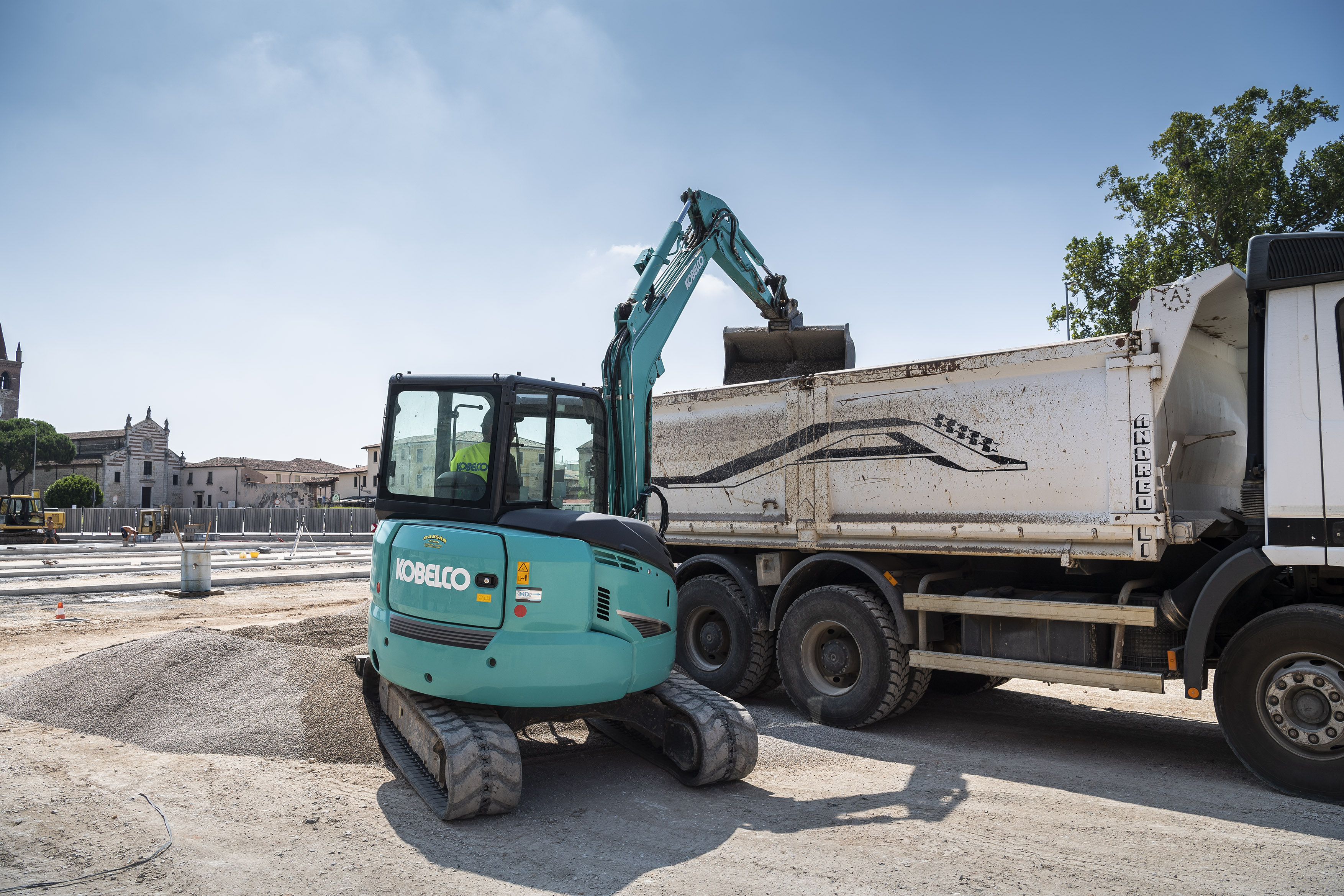 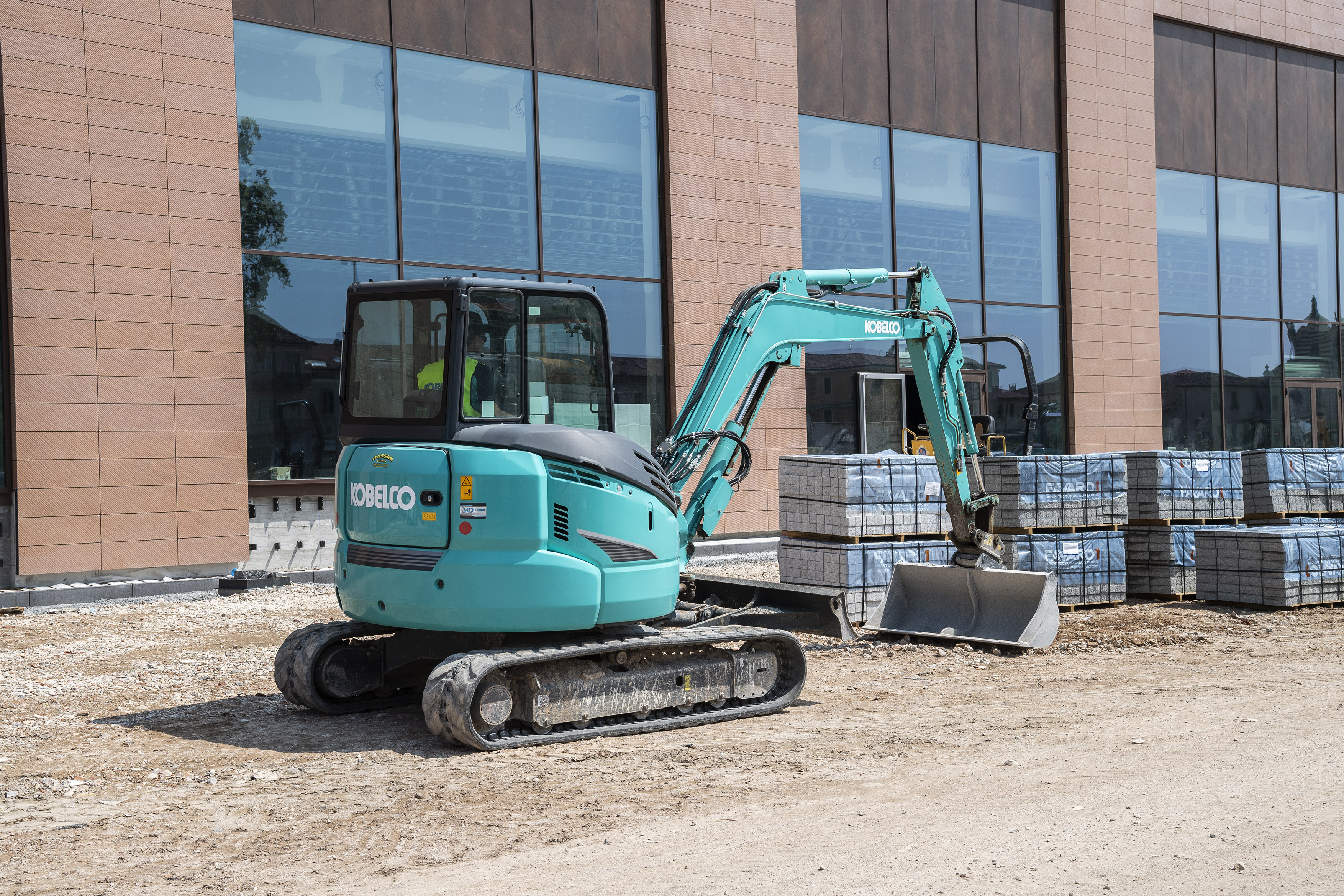 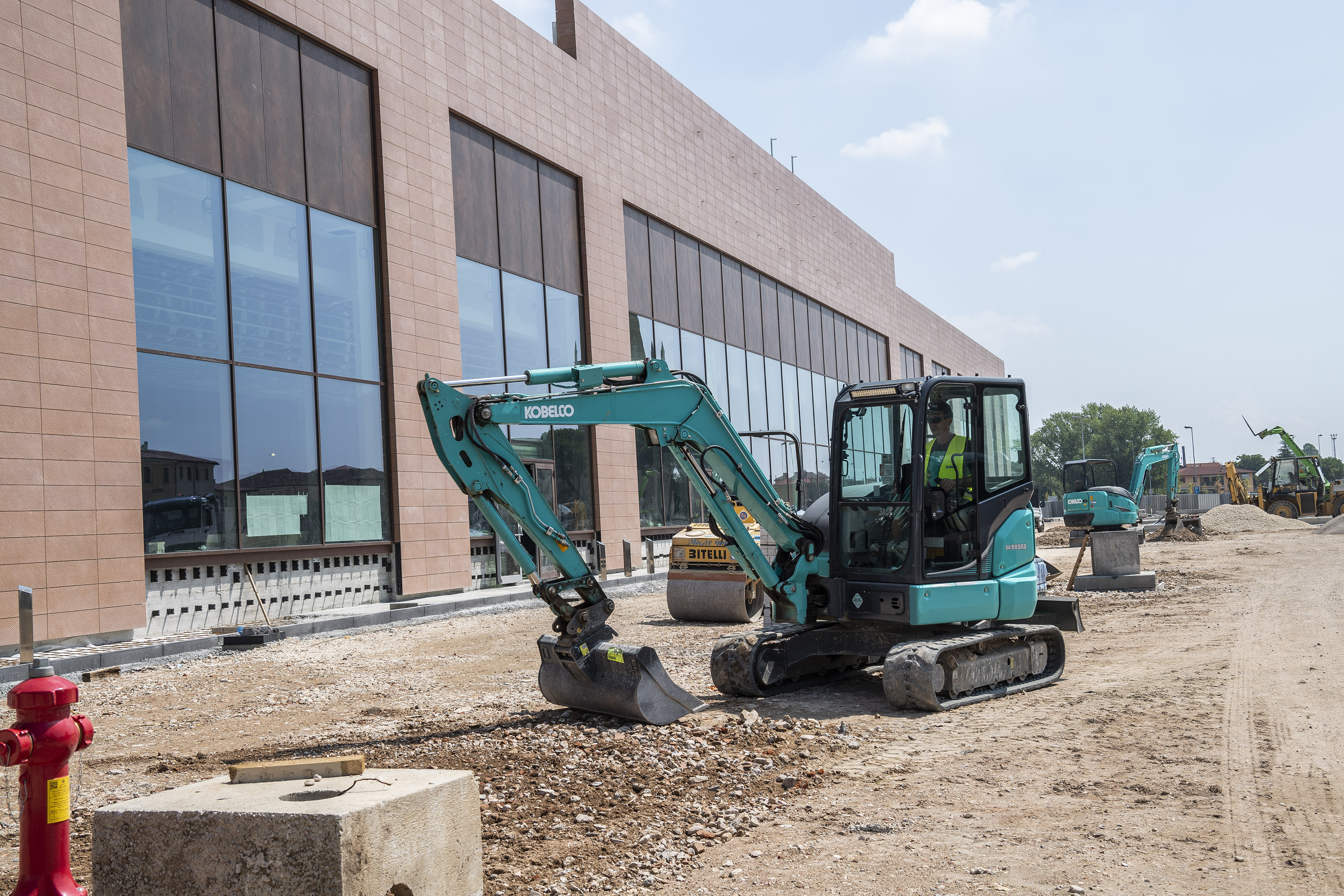 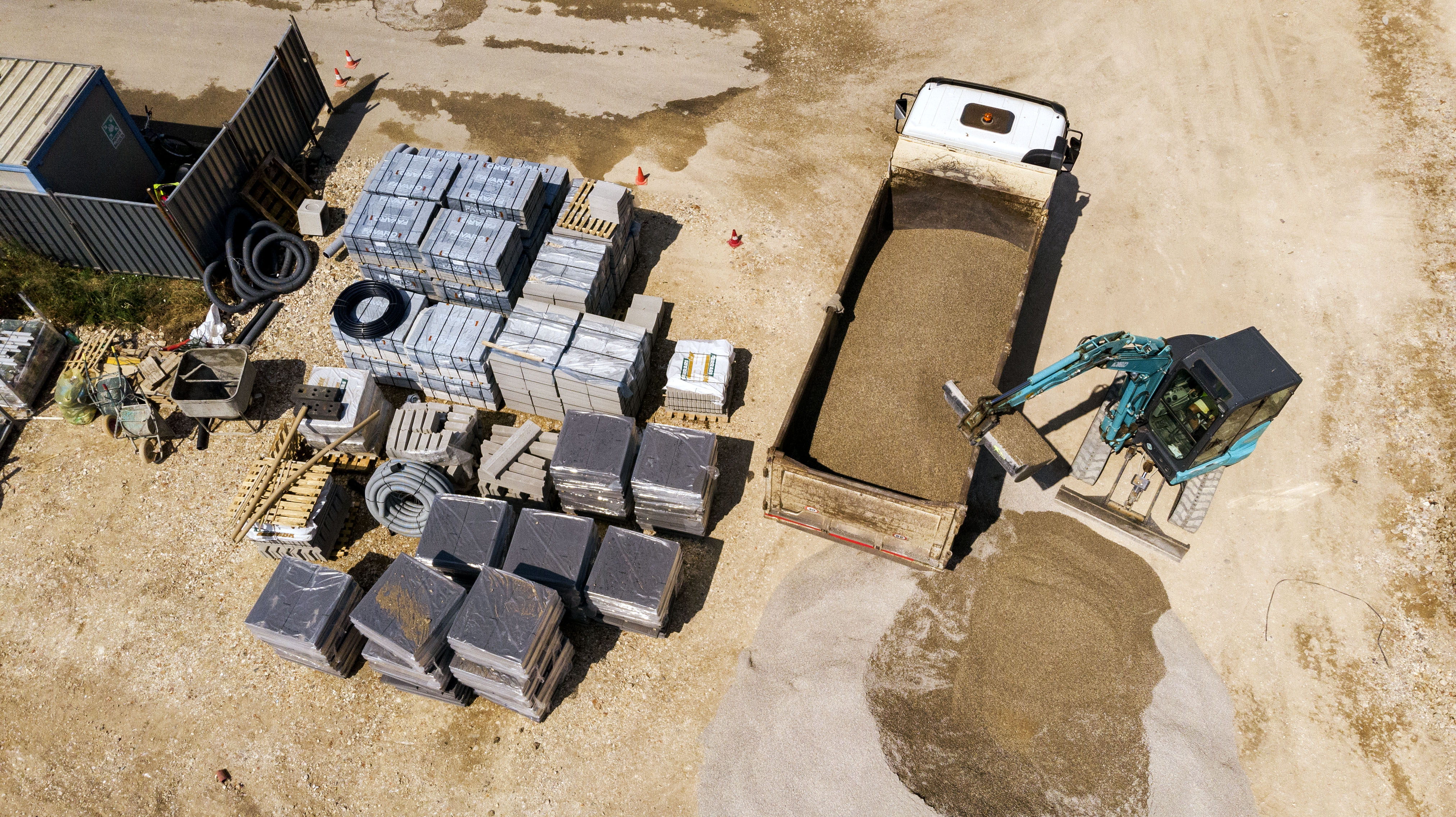 “The SK55SRX-6 is stable and smooth to operate and the comfortable cab is very quiet and really spacious – even though I am very tall! ”