The SK140SRLC-5 is a short radius machine that is ideally suited to operating in tight spaces. The machine also features Kobelco’s innovative iNDr (Integrated Noise and Dust Reduction) system, which promotes low noise, exceptional engine cooling and increased reliability. The SK140SRLC-5’s clever layout provides convenient access for maintenance and additional protection of key components. The machine’s rear-view camera aids low-level visibility while the right side camera offers a wider all-round view. This is important on a large jobsite like this one in San Bonifacio as there are always lots of machines and workmen around and safety is an important consideration.

The operator
The SK140SRLC-5 is being operated by 48-year-old Ignacio Molinarolo, who has been in the construction industry for more than 30 years and is the brother of RAM Costruzioni’s owner, Giuseppe. 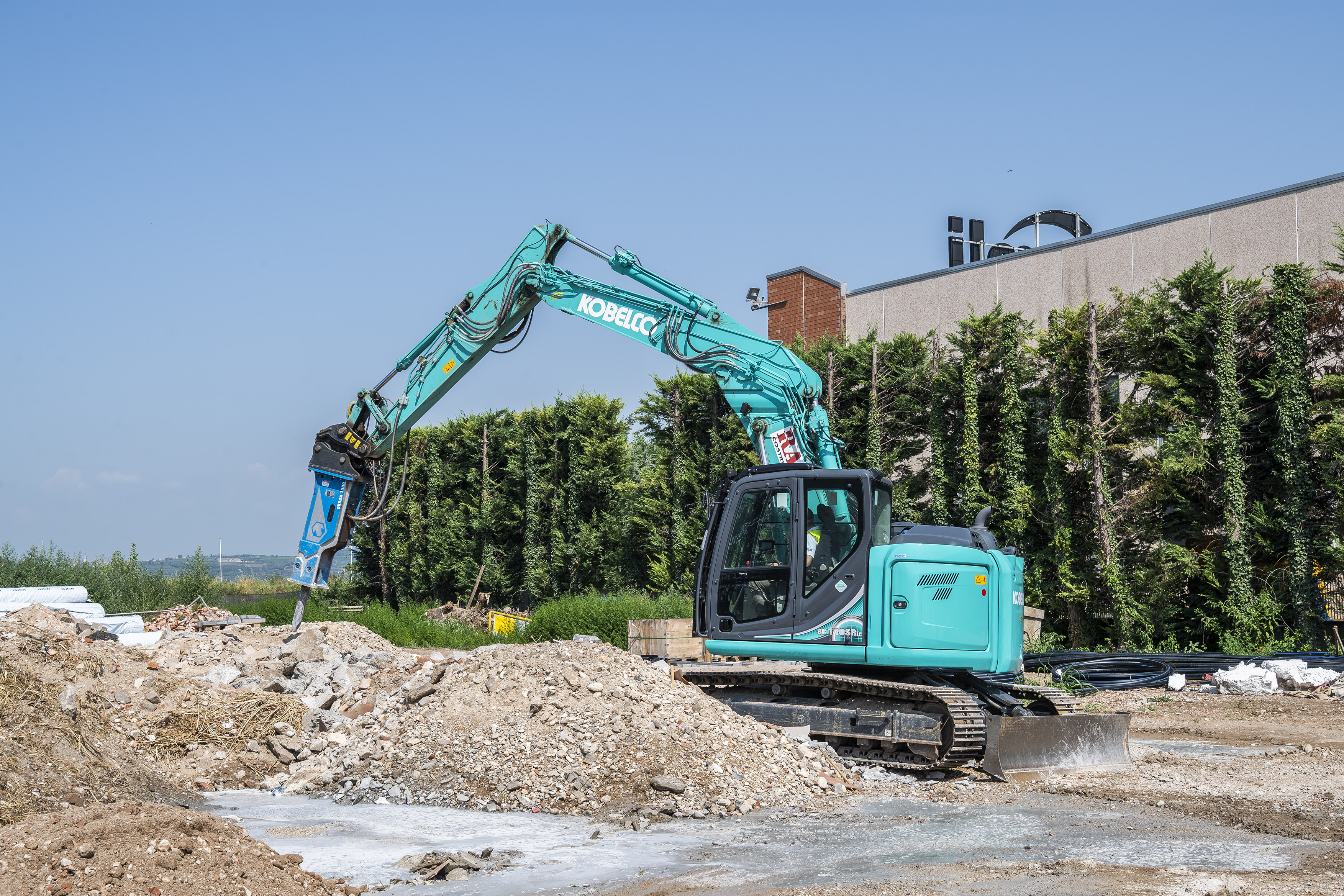 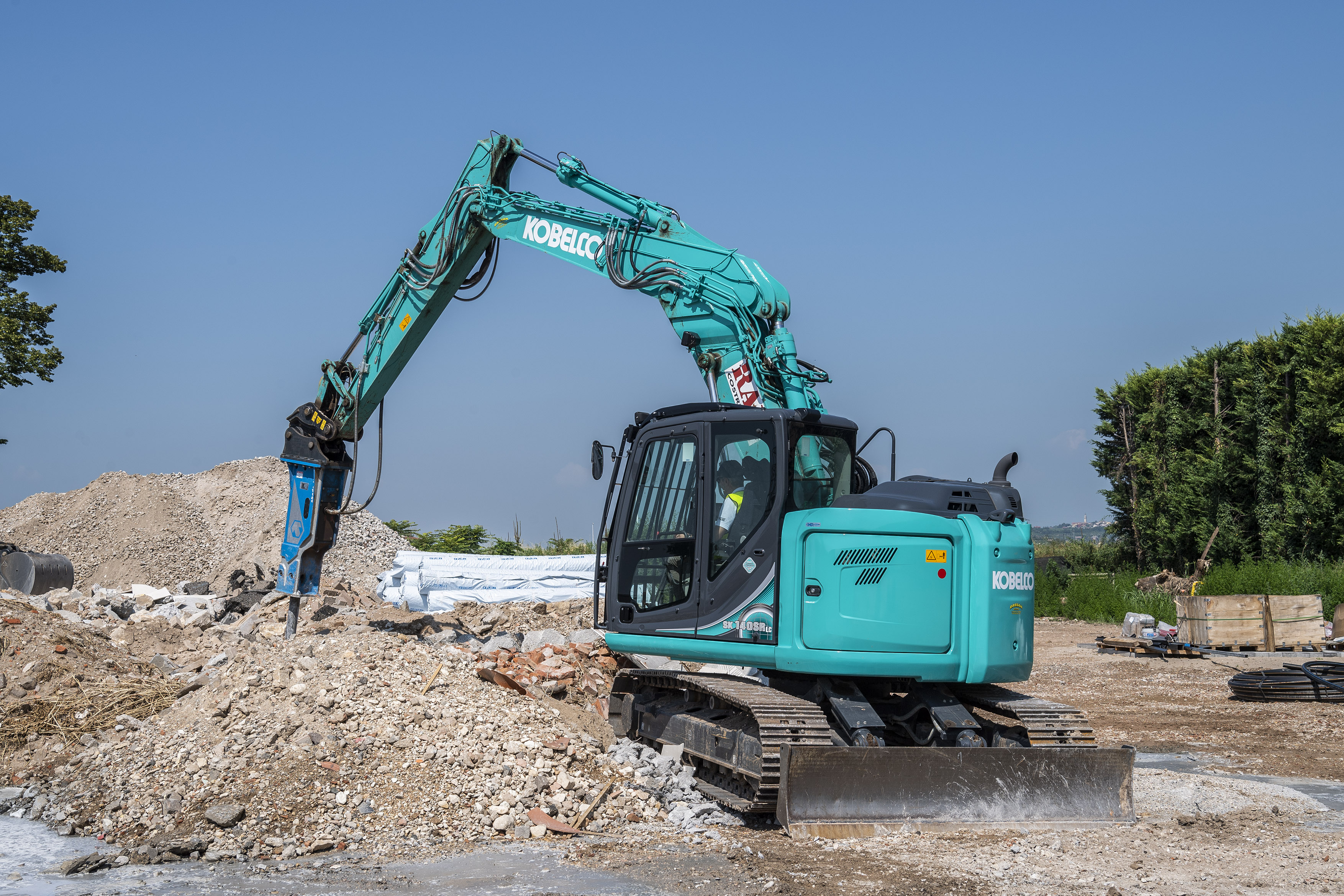 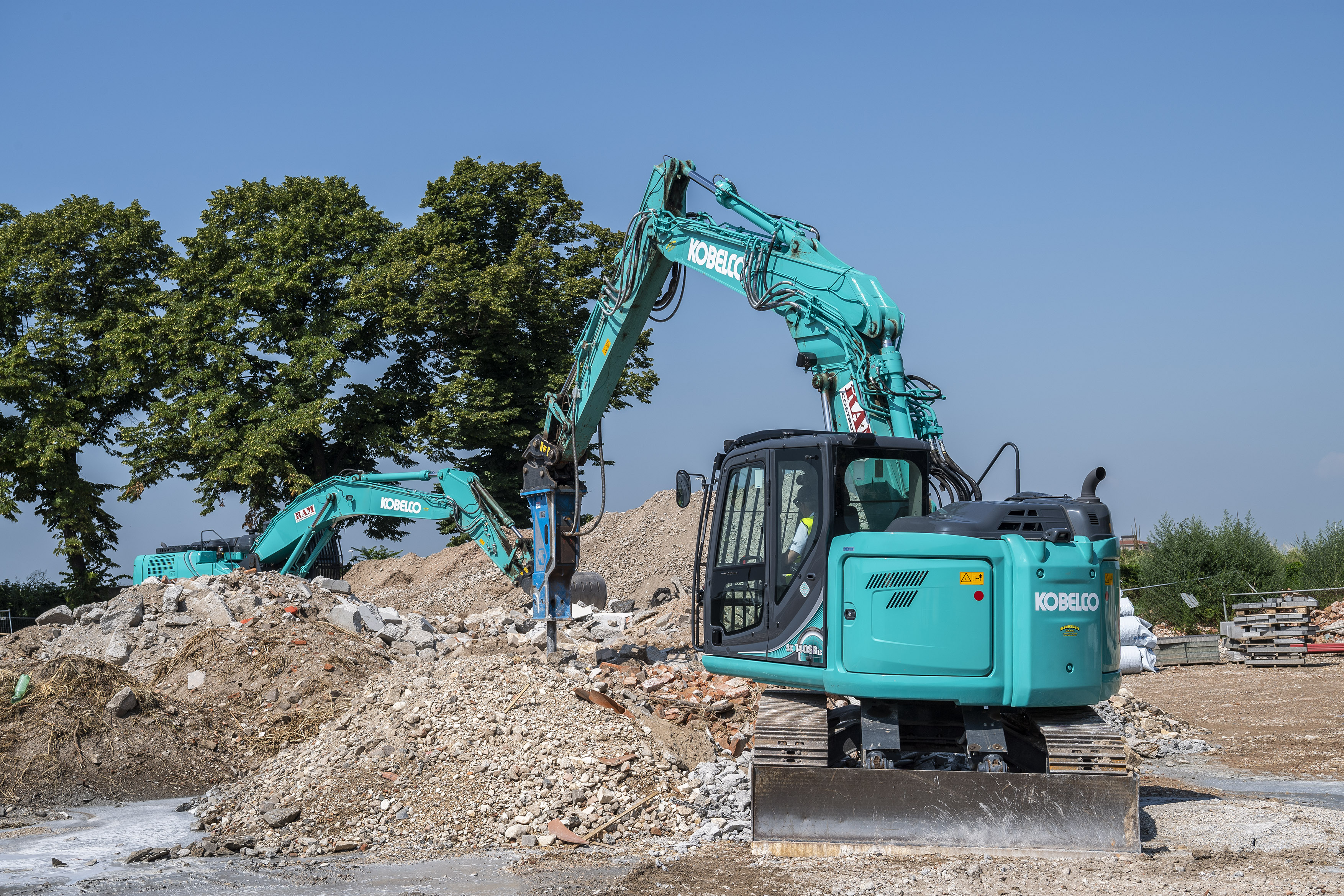 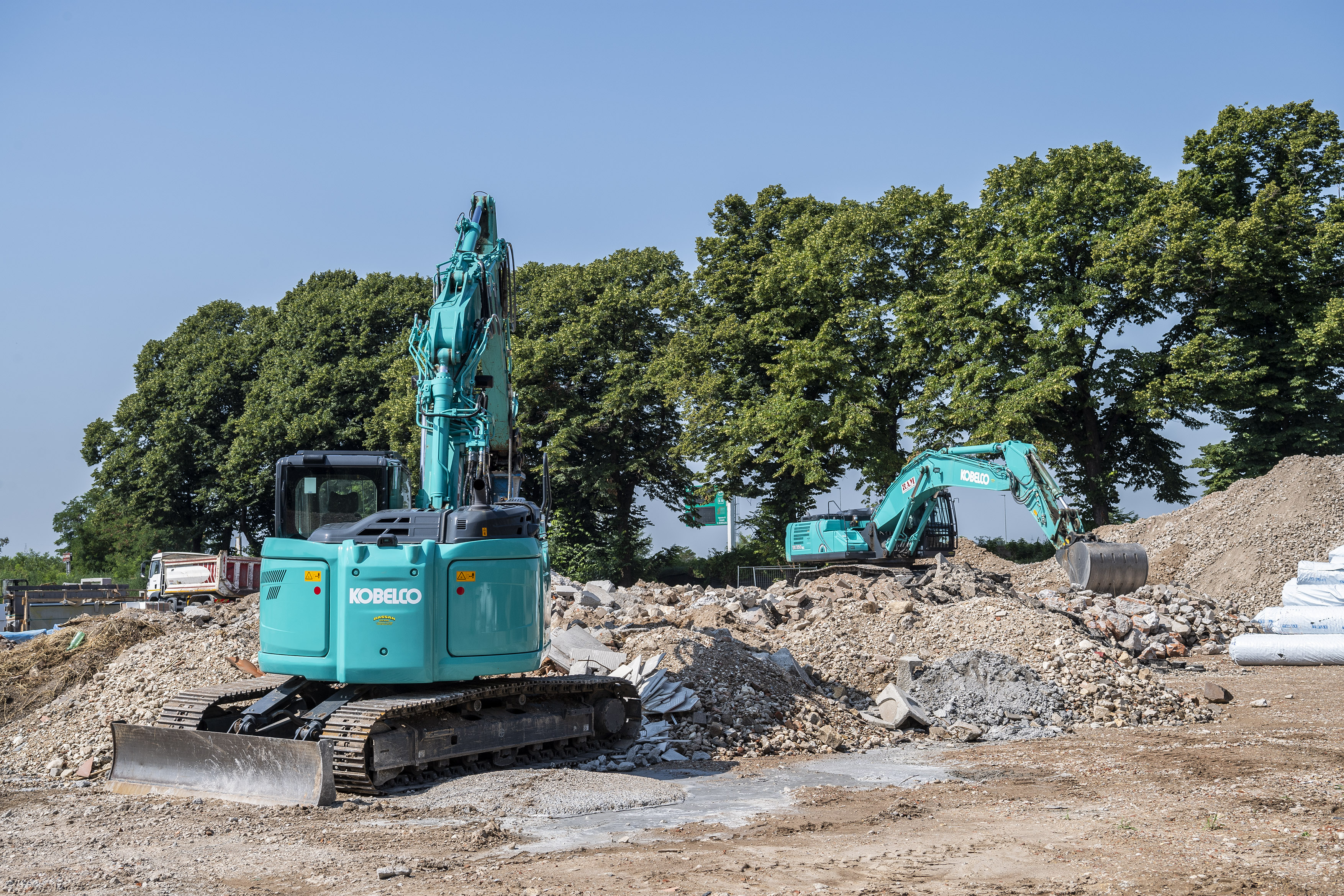 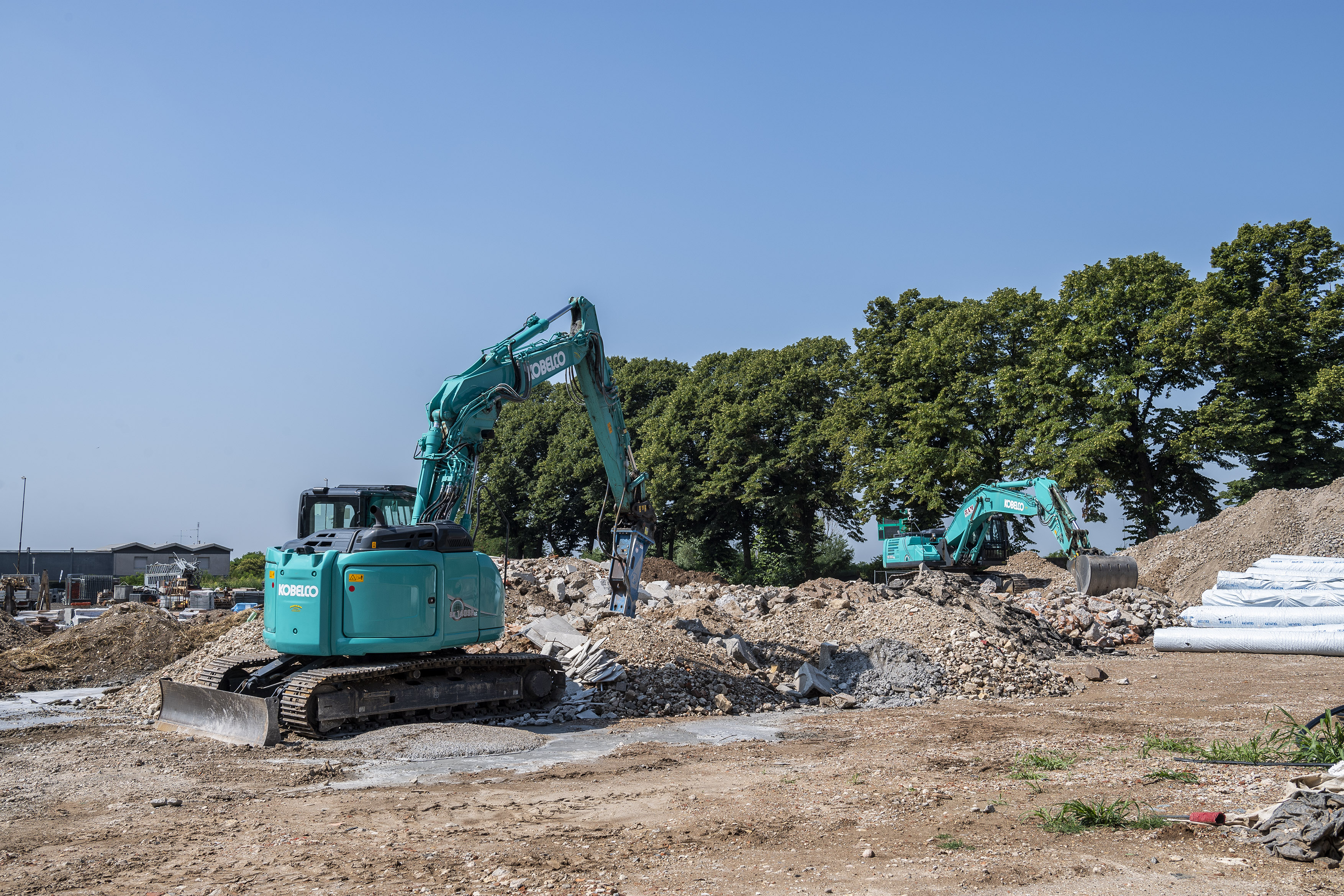 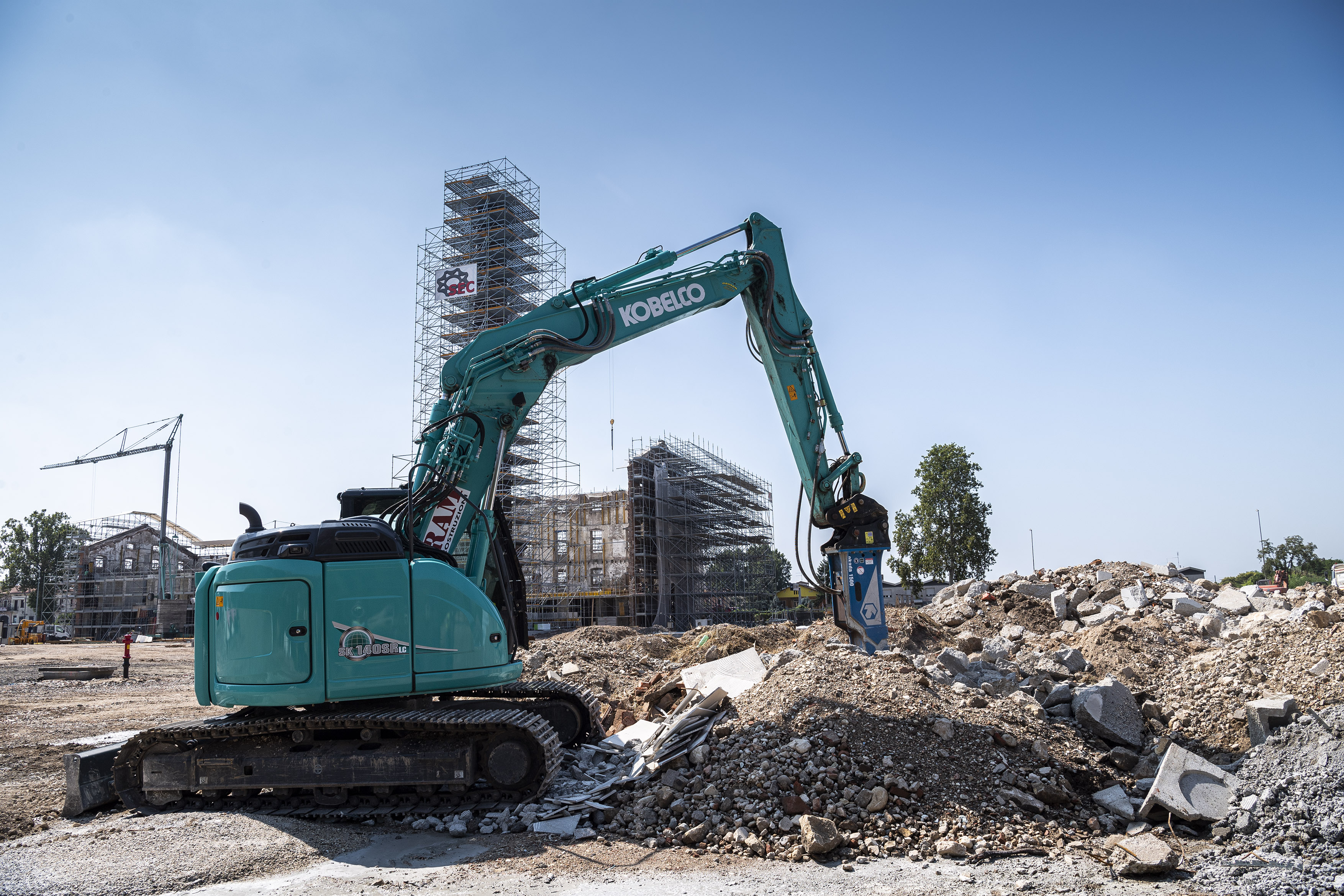 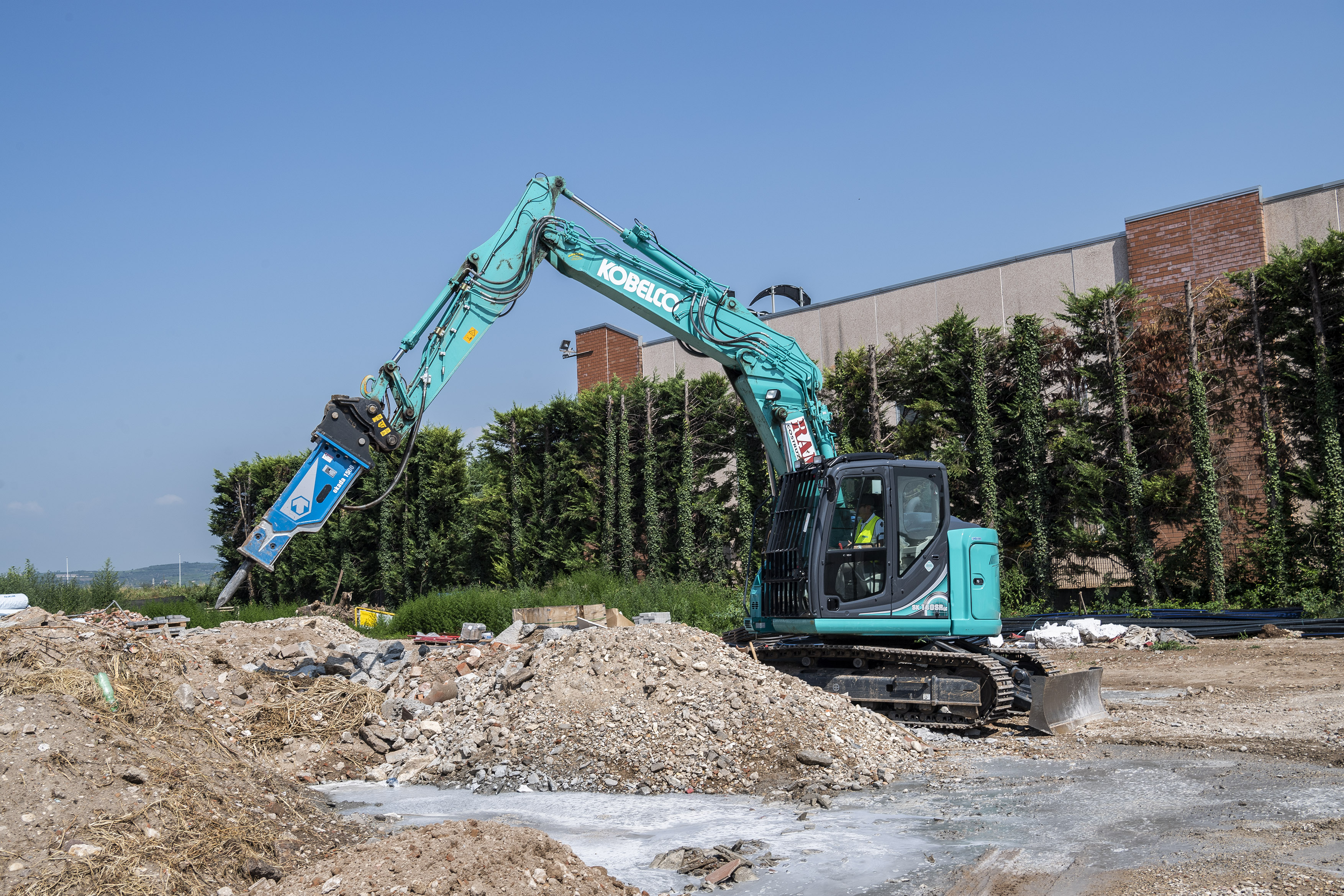 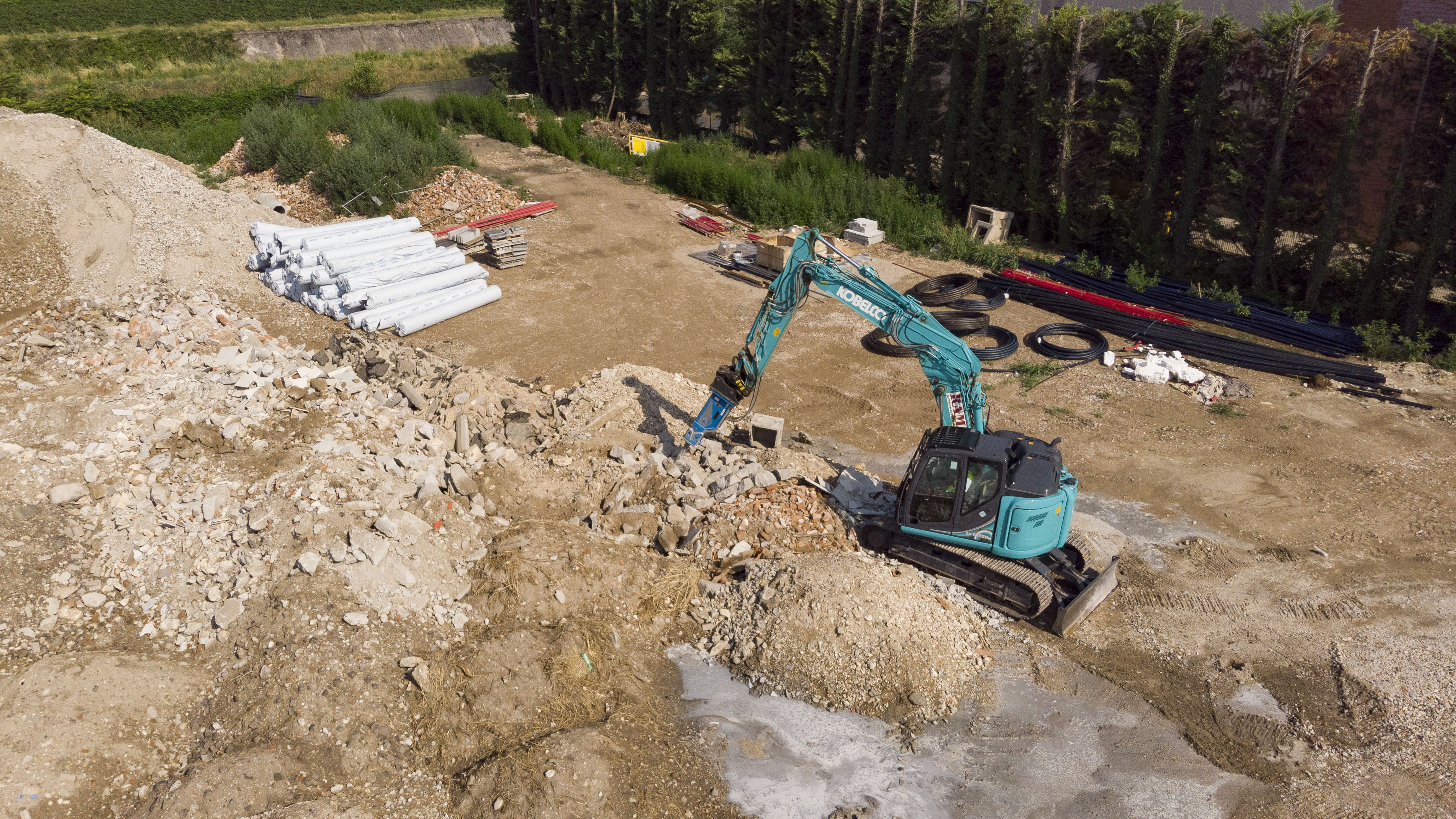 “I think that is a very high-quality machine, very comfortable and I’m particularly impressed with its ‘instant’ power. ”

“The SK55SRX-6 is very easy to operate and is very quiet.”